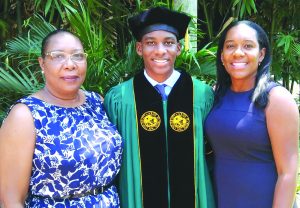 Woman honors her grandmother by giving back to The Salvation Army

To help brainstorm ideas for the new women’s program curriculum at the Tampa Adult Rehabilitation Center, nurse practitioner Darling Giordani attended the first Women’s Steering Committee meeting. During her introduction, she praised God that she could now give back to The Salvation Army for what it had meant to her dear grandmother, Yaicie Cherie, in Haiti.

While Giordani was growing up in the Haitian community of Delmas 2, she wanted her grandmother to attend the family’s Baptist church. But grandmother would not go to any church. “She made her own rules. It was enough for her to know God, teach good moral values and care for others,” said Giordani.

Giordani studied at a Catholic school, sang in a Baptist church, and wanted grandmother to be a part of her activities. But grandmother, a widow who could not read, was content supporting her five children by sewing and selling bedspreads and cooking up big meals. “If she cooked, she fed the whole neighborhood. And I think that’s one of the things that probably attracted her to The Salvation Army because they were always feeding people.”

Everyone in Delmas 2 knows about the Army’s large campus, where children receive a free primary school education and enjoy two meals a day in its cafeteria. They know it has a free medical clinic and community worship center on site. It was the Army’s outreach work, caring for people’s practical needs, that prompted her grandmother to become a soldier in The Salvation Army.

In 1993 and commanding only the French language, Giordani immigrated to Florida for college, where her mother, Marie Louis-Jacques, was already living and serving as a registered nurse. Years later, Giordano and her mother received a photograph of her grandmother in her soldier’s uniform. It was then that they realized her grandmother had finally found a church, and Giordani was assured that, one day, she was going to be reunited with her grandmother “in the morning of resurrection and eternity. But until then, I just love the fact that I know that she will be there. It’s important to me.”

Giordano continued: “God has his timing. We can pray for someone forever and ever, but it took the prompting within my grandmother herself to find people that she could not just sympathize with but feel like she belongs. I grew up in a church that was only a 10-minute walk from my grandmother’s house, but she never became that. However, along the way, she became a part of The Salvation Army because of what was being done there.”

Now Giordani is concentrating on her full-time medical school studies. She plans to become a general physician and once again serve the poor and homeless. Giordani’s son, McWayne Weche, completed his full, four-year scholarship by earning a medical degree from the University of South Florida and is doing his four years of residency in general surgery. He plans to become a cardiothoracic surgeon.

When her grandmother died at 70 in Delmas 2, her daughter Marie was able to attend the funeral. Grandmother was buried in her soldier’s uniform, and the Army band marched in honor of her faithful service to Christ.

Richard Hodder is the community relations and development coordinator for the Tampa ARC. 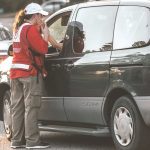 The Salvation Army helps Texas woman make progress with help of Pathway of ...
Scroll to top