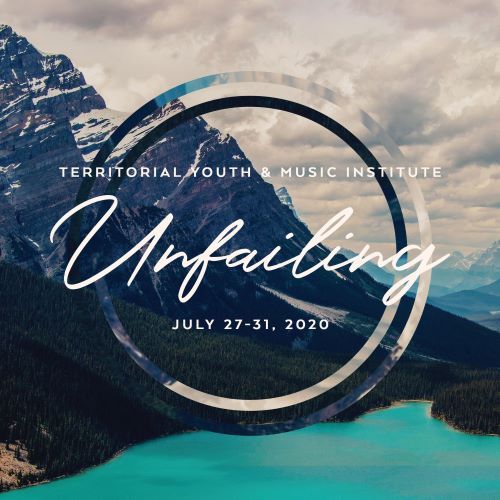 In a week of virtual fellowship, TYMI delegates learn of God’s unfailing love

In late July, hundreds of Salvationists came together for a time of virtual learning, study, worship and praise under the banner of TYMI 2020. While delegates and staff would normally assemble for in-person youth and music institutes, COVID-19 and its challenges pressed the organizers into flexible service, allowing for an all-digital gathering and special opportunities for many.

From the opening moments of the week-long institute, it was clear the communal element would be missed – but, in the same breath, the opportunity to fellowship with one another was a blessing.

“We were really determined that COVID-19 was not going to take this week away from our young people,” said Major Tim Gilliam, territorial youth secretary. “It may not have been what we originally planned, but I think it was a way for our young people and our leaders to connect, to communicate, and I think it was really successful.”

Each morning, TMI and TYI delegates together observed “Morning Manna.” Featured speakers Steve Carter and Meagan Fate Marshman were key in executing the overall theme of the week, “Unfailing.”

“I think our speakers were phenomenal,” Major Gilliam said. “They were on point, anointed, and their messages were very timely. It was a real highlight for me.”

In addition to in-depth and poignant daily messages from the speakers, the morning gathering featured powerful testimonials, musical worship led by transMission and cadets from the Messengers of Grace session, and talking points for continued study.

“God is love. His grace, his truth, his justice will never fail us,” Carter said. “God sent his love. God sent his son. God sent this unconditional, agape, unstoppable, ferocious, reckless, unconditional love for you. For every single square inch and part of you. So that you could be free. Would you let him this week? Would you open up your heart to let him see every part of you? Watch how that love will change everything.”

“Not only is his love unfailing, it is also demonstrated through his grace, which is unfailing,” said Marshman. “You can’t earn it. You can’t deserve it. It’s given to you. It’s free. And it’s something you must respond to.”

Attendees were able to follow the full daily schedule via the Salvation Army USS Events app, with Morning Manna giving way to dedicated master classes, leadership sessions, private lessons and much more. For music and arts delegates, that included drama, dance, brass, percussion and other disciplines.

“It’s still disappointing not to be able to meet in person, because we all miss the community aspect of being together,” said Nick Simmons-Smith, territorial music secretary. “There’s nothing that can fully replicate that, but I will say that we made the best of it that we possibly could. We were able to line up outstanding teachers like Philip Smith, Dr. Stephen Cobb and Aaron VanderWeele. Morning Manna was excellent, the testimonies were powerful, and everything went very well.”

Simmons-Smith credited leadership, headlined by divisional music staffs across the territory, “for all of the work that went into promoting, preparing and teaching through what was a special week.”

On the TYI side, breakout sessions included cooking, photography, multimedia, anti-pornography, adulting and much more.

“We received great comments and feedback about the different aspects of the week,” said Major Gilliam. “People seemed to enjoy the breakouts and, not knowing what to expect going in, to have people watch and take joy in it was a nice thing.”

Given the virtual format, registration and inclusion in TYMI was not limited to youth and young adults, as it would have been under normal circumstances. Sessions were also cataloged for future viewing, allowing the ministry to expand its reach in the future.

“If we were meeting in person, we would only have a certain number of people watching and being able to participate,” Major Gilliam said. “When you can get an expanded audience like this, we were actually able to reach a lot more people than in person. Because of registration, we also know we had people outside our traditional age group, which I think is cool. The message got out, and that’s a unique opportunity in this format.”

After a morning filled with worship and midday/afternoon instructional activities, delegates were treated to quality programming in the evenings. Damien Horne and the Magi began the week by providing musical entertainment Monday evening, with interactive forums featuring divisional music and arts leaders and Commissioners Howell. Soloists showcased their skills at a midweek concert, and each night, Major Marion Platt hosted a “Late Night Live” talk show featuring leadership from across The Salvation Army world, as well as live music and spirited conversation.

“People were really able to connect even though we weren’t in the same room,” said Major Gilliam. “To me, one of the strengths of The Salvation Army is that sense of community. This year, that community may have been virtual, but it was just as relevant and effective.”

“I don’t think any of us would prefer to do it this way again in 2021, just because we really miss being together. But it has been great to see the participation and the fellowship,” Simmons-Smith said. “It’s been exciting to see the commitment from our young people, and I just hope, when this is all said and done, people are reenergized to be back in the corps and ready to go. We may even see that people appreciate what we have just a little bit more, and that leads us to being pushed by our mission again.”

Through high-level instruction, delegates undoubtedly sharpened their minds, no matter which track was followed. On the whole, the theme of God’s unfailing love permeated every bit of the curriculum, fellowship and worship, even under different, technology-driven circumstances. 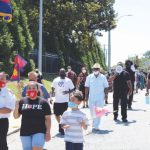 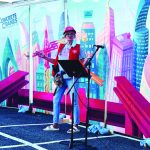