To Battle We Go: Accomplishing the mission is not enough

Leadership is a complex subject, but the U.S. Army’s Non-Commissioned Officer’s Creed contains this one sentence description: “My two basic responsibilities will always be uppermost in my mind – accomplishment of my mission and the welfare of my soldiers.” The U.S. Air Force defines it even more succinctly: “Mission First, People Always.” This creed is introduced at the lowest levels of military leadership training and is re-emphasized throughout the careers of every service member right up through the ranks, from the newest privates, sailors and airmen to the most senior generals and admirals.

The order of tasks in the creed is no accident. Accomplishing the mission is always the top priority, but taking care of the troops is a very close second, more like 1 and 1A. A military unit dedicated primarily to the welfare of its own members is a club, not a fighting force. But neglect of the troops’ welfare makes it impossible to accomplish the mission. And, somewhat paradoxically, one of the primary needs of the troops is to have a clear mission and leaders truly dedicated to that mission. Without this, morale suffers, infighting breaks out and the overall effectiveness of the unit is lowered.

The Salvation Army has historically been a very mission-focused movement, carrying the message of the gospel and serving the needy all over the world. But in the busyness of our myriad ministry activities and programs, it’s easy to lose sight of our primary mission. That mission must always be our top priority, not just because we’re Salvationists, but because we’re Christians. The Army’s mission is the same mission Jesus gave the disciples: to “go into the world and preach the gospel” and to “clothe the naked, visit the sick and come to the prisoners.”

I think it’s fair to say that we in the Army haven’t paid as much attention to the welfare of our troops as to accomplishing our mission. This cultural shortcoming within our ranks goes all the way back to our founder, William Booth. General Booth possessed many outstanding leadership traits, but compassion for those wounded in the fight (including his own family members) was not chief among them. Perhaps this is understandable given the rapid growth of the early Army and Booth’s desire to “turn the world upside down” for Jesus. But it isn’t sustainable long term, because the work of the Army is hard and takes its toll on those doing the front-line fighting.

Some wounded Salvationists feel unsupported and leave the Army altogether. Others stick around but are shell-shocked and ineffective in ministry, just going through the motions. Salvationist leaders at all levels must heed the instruction in Acts 20:28: Pay careful attention to yourselves and to all the flock, in which the Holy Spirit has made you overseers, to care for the church of God, which he obtained with his own blood.

So, let’s recommit ourselves to accomplishing the mission – and taking care of the troops. 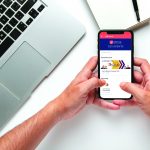 ‘Mom’ Miller still influences many people around The Salvation Army...
Scroll to top