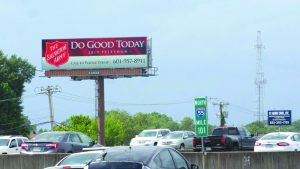 The Salvation Army of Jackson, Mississippi celebrates a good day for doing good

“Good afternoon, thank you so much for calling The Salvation Army’s ‘Do Good Day’ phone bank!”

That was the greeting callers heard as they phoned The Salvation Army of Jackson, Mississippi, on the inaugural Do Good Day event. It was a “Mediathon,” where for 18 hours, with phone lines open as early as 4:30 a.m., the community called, texted and hand-delivered cash to help support life-changing services for people in need.

Donations began early as every broadcast media outlet in the city came out to partner with and support the work of The Salvation Army. As live reports flooded the airwaves in the morning, drivers on their way into work could hear the message, “It’s Do Good Day” on local radio across the dial. Billboards lit up the early morning streets and stayed running throughout the day, reminding the community that June 27, 2019, was a very good day to do the most good for their community.

The event was not the first of its kind. But it was the first with such a broad reach in the Jackson community. With support from local businesses and local media, Do Good Day was the story of the day across the Jackson metro area.

“It’s a broad range, multi-media event to raise awareness and money for the missions of The Salvation Army,” said Jennifer Bennett, Jackson Salvation Army development director and event organizer. “We say missions because there is a lot we are doing,”

And those missions are many. The Salvation Army mission is “to preach the gospel of Jesus Christ and to meet human needs in his name without discrimination.” Those needs can include something as immediate as emergency services or as simple as a meal or as enriching as art education for the next generation. The message of Do Good Day was that the community can help to support these services as volunteers and as donors.

The all-day media event that helped raise that money was also a tool for raising awareness of how The Salvation Army is making a difference in the communities they serve. Donations can help feed and house people in need. But they can also make a difference in the lives of children, and of families, and give donors a chance to do good every day.

Richard Daniel is the media relations specialist for The Salvation Army in Jackson, Mississippi. 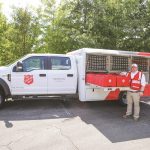 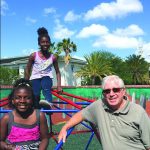