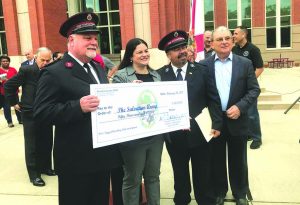 The Salvation Army, local officials will partner in central Florida

When The Salvation Army came into contact with Osceola County District 1 Commissioner Peggy Choudhry, things began in relatively innocuous fashion. Nick Murdock, chair of the Osceola County Advisory Board, introduced Captain Ken Chapman, Orlando area commander, to Choudhry and, in the early stages of the first meeting involving all parties, pleasantries were exchanged but tangible progress wasn’t necessarily made.

In an instant, however, things changed, and the result is the formation of Osceola County’s first 24-7 emergency resource center, maintained and operated by The Salvation Army.

Choudhry has been a vocal proponent of such a facility in the area but, in the past, she was unable to generate real traction toward its creation, in part due to the absence of an organization with the infrastructure to engineer it. After hearing additional information about the Army, that tune quickly changed.

“She was convinced in that meeting that The Salvation Army is the agency to be able to maintain and run the facility that she envisioned,” Captain Chapman said. “From that point forward, she’s been our biggest supporter.”

The county provided a $50,000 betterment grant to begin the necessary fundraising process, and the remainder of the $850,000 required to develop the facility will come from a combination of government and private funding. Still, Captain Chapman maintains that it was in preparation for the crucial, first-time meeting that the true foundation for the partnership came together.

“I arrived at that meeting 20 minutes before it began and I sat in the car and prayed, asking the Holy Spirit to take over and to run the meeting,” said Captain Chapman. “I realized halfway through that, to that point, it was just Ken Chapman doing his thing but, when I let go and let God take over, that’s when Peggy (Choudhry) seemed to really buy in, and it was an amazing and emotional turnaround.”

The center will be housed in Kissimmee, with The Salvation Army partnering with a local church to utilize a 5,000 square-foot facility to house its widespread ministry. Among the services offered will be the service of hot meals (twice a day), a full food pantry, shower and laundry availability, case management, computer usage, counseling services, job training, vouchers for emergency sheltering and educational programming. Beyond that, the Army plans to partner with the Muslim community in the area for medical and dental services provided free of charge, all with an aim toward meeting human need.

Plans are in place for the center to open by the end of 2019, though Captain Chapman notes that things will be taken in “baby steps,” simply because of the detailed nature of the programming. Although a variety of programs will be offered, its overarching ministry will center on a growing need in Osceola County.

“The biggest, No. 1 problem in Central Florida is affordable housing,” Captain Chapman said. “So, we’re going to have a conversation with every person that comes through that center in an attempt to assist and connect them in the best way possible. We want to be a part of the solution to the chronic homelessness in our area by helping people to get people to the point of sufficiency.”

“Our mission is to preach the gospel of Jesus Christ with every bit of social service we provide and, through that ministry, we aim to make Osceola a better place to live.” 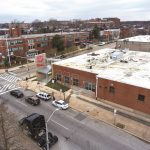 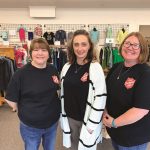