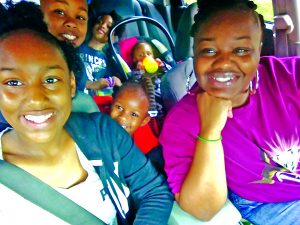 Kimberly Johnson of Diboll, Texas, saw her world start falling apart after her husband of 13 years left her and their children. “I lost my car, I lost my job, I lost my house,” she said. “I was depressed, I was stressed out, I was angry at myself. How did I get here? What decisions did I make?”

Through it all, though, Johnson had a support network to fall back on – the Pathway of Hope initiative at the Lufkin, Texas, Corps.

She first encountered the corps in the spring of 2016. She brought her five children – the youngest was just two weeks old at the time – to an Easter egg hunt. Something about her and her family got the attention of corps officer Captain Michelle Moore and case worker Renea Wilson.

That conversation led to Johnson reaching out for help. She enrolled in the Pathway of Hope – a national initiative to help families break the cycle of inter-generational poverty through strength-based case management, community collaboration and data-driven support.

Even after enrolling in the Pathway, things did not go easy for Johnson. Her car stopped running. With no transportation, she lost her job at a local hospital. With no job, she lost her five-bedroom house and all her furniture. She and her kids moved into her mother’s one-bedroom apartment.

Pathway of Hope and The Salvation Army helped Johnson through the period of homelessness, get her car working again, find a new job – at a Federal Express package handling center – and most important of all, set goals to get her life stabilized and back on track.

“Real progress began about a year into our partnership,” Wilson said. “There were so many ups and downs and restarts in her life since we first met her.”

Staying with her mother couldn’t go on for long, so the Army helped Johnson qualify for public housing.

“She had been there five years before and left owing a balance, so it took us four or five months while she saved money every week to pay off the debt,” Wilson said. “She paid half, we paid half.”

“We worked with a previous board member to get Kimberly on the waiting list for housing big enough for her and her five children. The landlord couldn’t believe she’d pay her back the way they had parted, but we said, she’s a different person now.”

Captain Moore, Wilson and the Pathway, Johnson said, “made me keep my word, keep the promises I made. It’s something I couldn’t have done on my own. With their motivation, I didn’t want to let them down.”

The youngsters – two boys and three girls, ages 2 to 13 – are now settled in school and attend programs at the corps. The car broke down again, and Johnson was out of work for three weeks until she recently started a new job as a guard for the Texas Department of Criminal Justice. She continues to work on goals; the latest is to save money so she can replace that car with more reliable transportation.

And she’s never alone. Wilson said that with the Pathway of Hope, “from the very beginning, there’s pastoral care. We have direct contact with her. She has a texting relationship with Captain Michelle. We all work together. She sees us at church, she sees us outside of church, she sees us Tuesday nights, on youth nights.”

“Through it all, Kimberly’s been a good mom. A lot of this is offering hope and encouragement to her that she’s doing a good job.”

Johnson’s long-term dream is to go to nursing school. It’s on hold for now, but maybe someday, when the children are older.

“Today, I feel like I have support,” she said. “I feel more established. I’ve made a lot of progress with the Pathway of Hope that I’m truly, truly grateful for.”

Since 2015 Pathway of Hope has served over 1,000 families across the Southern Territory. For families that stay in Pathway of Hope for a minimum of three months, 62 percent show an increase in hope and 86 percent have increased their stability.

Woman honors her grandmother by giving back to The Salvation Army 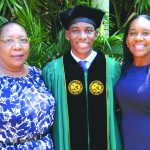 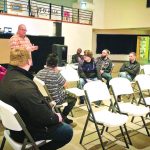