A book-reading challenge: read Timothy Keller’s “The Prodigal God” and Henri Nouwen’s “The Return of the Prodigal Son.”

In Luke 15, Jesus tells the parable of the lost sheep. A shepherd is responsible for 100 sheep. When one is missing, the shepherd leaves 99 in the safety of pasture and goes out to find the lost one. That makes business sense, even if we do not know the duties and lifestyle of a shepherd. Shepherds were not held in high regard in the culture when Jesus told this story, but people would understand the demanding job of a shepherd and the symbolism of the shepherd as a ruler, leader, redeemer and caretaker of people.

The parable of the lost coin would have shocked the hearers because it was about a woman. When we learn the coin’s value was a day’s wage, it takes on a richer meaning. Looking into the culture of the day, we discover that these 10 coins would have been the woman’s dowry and her Social Security and we “get” why she works so hard to find the coin. Notice that Jesus has gone from talking about one shepherd and100 sheep to one woman and10 coins as he draws in his audience.

Finally, Jesus tells the story of a father with two sons. The younger son makes a shocking statement – that he wishes the father were dead so that he could have his share of the inheritance. The father agrees to liquidate his assets and give both sons their inheritance. The younger son leaves home, but his father does not have him stoned or disowned. The older son remains home and tends his father’s assets. What is wrong with that part of the story?

The older son received his inheritance and the responsibilities of being the kinsman redeemer. A quick look at those responsibilities: he was responsible for helping his relatives, for buying back the enslaved, providing heirs for near kin to provide for their widows and keep the name going and to serve as a trustee.

After the younger brother spent his wealth and found himself starving with the pigs, he came to his senses. He remembered the law of redemption. He could be bought back and treated as a hired servant until he earned enough to be free or until the year of Jubilee when he would receive his freedom. I understand why the older brother would not be pleased to see him. The father should not have been pleased, but he loved both of his sons and longed for the younger son’s return. The father restored the younger son using the older son’s wealth. He threw a party and did not even call the older son in from the fields. The older son came in from a day of work to find the party happening. I would have been hurt and angry, feeling neglected while a waster was rewarded. The father went out to reason with his older son. Jesus leaves us with a story unfinished and allows us to decide what happened next.

These parables teach us many things about God. God is like a shepherd, God is like a woman, God is like a father. They also teach us about Jesus, our older brother, our kinsman redeemer. He is the seeker of the lost sheep, the lost coin and the lost son. He is the firstborn son described in Philippians 2:5-11 who was in the form of God but did not cling to his rights and glory. He emptied himself, took on human form, and even that form was as a servant. Then he died the death of a cursed criminal so that he could redeem his wasteful brothers and sisters.

Who are you in these parables? Are you the lost younger son, who needs a kinsman redeemer? Are you a resentful older son, who refuses to go and find the son who left?

At Easter we look at the only begotten Son, the One who gave his all, so that he could redeem the “whosoever” will believe, come home and be restored. That is grace!

The words to the song “Your Grace Still Amazes Me” by Phillips, Craig and Dean speak to us about the mystery of God’s grace and love. Perhaps they will speak to you as you consider all your Kinsman Redeemer has done for you.

My faithful Father, enduring Friend
Your tender mercy’s like a river with no end
It overwhelms me, covers my sin
Each time I come into Your presence
I stand in wonder once again

Oh, patient Savior, You make me whole
You are the Author and the Healer of my soul
What can I give You, Lord, what can I say
I know there’s no way to repay You
Only to offer You my praise

Have a Lovely Easter Weekend! 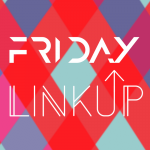 Breaking the Power of Sin
Scroll to top