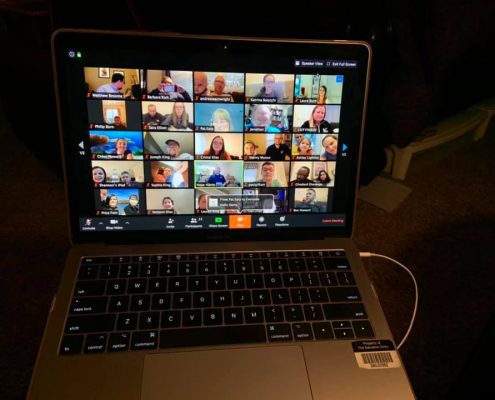 With daily life impacted by the COVID-19 pandemic, The Salvation Army’s music and arts programming is shifting heavily to virtual delivery. Across the Southern Territory, leaders are mobilizing to implement online resources and, in the Texas Division, one such initiative was the formation of a virtual songster rehearsal.

On April 1, approximately 40 individuals gathered in a Zoom workspace for a time of music making, worship and fellowship. Matt Broome, divisional music director, led the time of vocal rehearsal, focusing on two pieces, with music projected on the screen for easy consumption. The assembly also included a devotional thought, delivered by Captain Mike Harris, divisional finance secretary, and the hour-long rehearsal concluded with prayer requests and a time of corporate prayer.

“We’re doing our best to give people daily resources,” said Broome. “We want them to be engaged and be able to share things within their corps as well. The idea for this was more geared to fellowship and to go beyond the on-demand resources.”

For most of the rehearsal, attendees were invited to mute their microphones, allowing for a coherent message and a lack of clutter. Still, there was a feeling of warmth and engagement, with the gathering being well-received, including a singer telling Broome that it was the “most fun they’ve had for a month.”

The divisional music and arts staff in Texas is putting together worship prep resources, ranging from brass and vocal to creative arts and devotional, with plans for a “virtual spring festival” in May that will highlight divisional groups. There are plans to have the virtual choir rehearsal on an ongoing basis and, as with the initial gathering that featured singers from New York and Michigan, it will be open to anyone who would like to attend.

As with anything in this trying time, there are barriers to manage, including technical obstacles and adjustments to be made for the future. Still, the vocal format is easier to navigate than most and could be a model for other initiatives.

“I think choir is a fairly easy way to implement something like this,” Broome said. “You don’t need equipment, instruments or resources beyond your voice and a computer.”

“Like everyone else, we’re just trying to reach our community the best we can,” said Broome. “We have a lot of resources that we’ll keep producing, but this was a real-time event. I think that is special in its own way. It is a great way to create a community feeling and be able to fellowship with one another, see familiar faces, and worship together.” 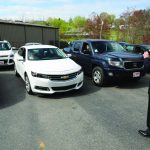 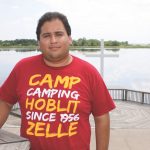 Dante Salgado: ‘Will Work for Ministry’
Scroll to top