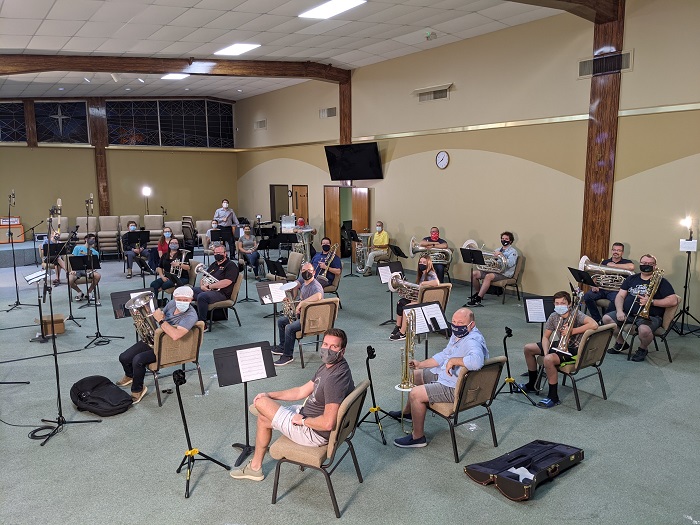 With a focus on an improved user experience and the desire for increased interaction, The Salvation Army’s Texas Division recently took a new step in its music and arts programming. On Tuesday, Oct. 20, musicians from the Lewisville Corps and the North Texas Area Command assembled in person, while following strict COVID-19 protocols, for a band rehearsal. At the same time, however, musicians from outside the four walls of the corps building were able to access the proceedings, joining in the fellowship virtually in the division’s first-ever hybrid musical gathering.

“I think everyone enjoyed it,” said Matthew Broome, divisional music and arts director. “Our setup allowed for people at home to see and hear different perspectives. That really helped to make it feel like a streamlined experience, even if it took some getting used to.”

With the help of a technology package called Sling Studio, the division’s music and arts staff was able to connect multiple devices and broadcast the rehearsal to the public. One high-end camera was utilized, with a handful of iPhones implemented to deliver a multi-camera approach and bring the broadcast to life. This setup also allowed those tuning in remotely to engage in real-time, rather than relying on pre-recorded materials.

“Everything we’ve heard has been positive,” Broome said. “People were definitely excited to play along with a live group again. We’ve done a lot of online rehearsals and activities, but mostly, that entails people playing or singing along with accompaniment tracks. That has been great for us, but in this case, people were able to have that interactive experience.”

Before this hybrid rehearsal, Broome and his staff had led the soldiers and young people from the division in brass, choral and artistic settings in a virtual format. One example comes from the division’s music and arts groups, all of which usually gather in-person on a monthly basis. Without that option in the midst of the COVID-19 pandemic, adult bandsmen and leaders stepped in to provide support via lessons, with young people receiving at least two targeted pieces of instruction from these leaders, in addition to a Tuesday night gathering each week on a broader scale.

“One of the few positives from this season is that it has allowed for that mentorship that might not normally be possible,” said Broome. “A lot of times, adult groups are rehearsing at the same time as our youth groups, so there isn’t always that crossover and interaction. This really broke down that barrier and built a bridge between our young people and adults that they can look up to and learn from.”

While the hybrid rehearsal may not be attainable on a weekly basis due to the equipment necessary to implement it, the gathering is already making an impact. Broome says the leader of a local, non-Army brass ensemble attended virtually and was “very excited to continue engaging and building a crossover relationship with us.” From there, opportunities could arise for the use of this hybrid approach in the future, both as the Christmas season approaches and even after resuming a schedule that resembles normalcy.

“We wanted to try this out for this particular period with social distancing and the other challenges, but we also wanted to see how this might help us in the future,” said Broome. “One thought is that, when a divisional rehearsal is cancelled for any number of reasons outside of our control, it is often hard to reschedule it or make it up within such a large division. This kind of hybrid could be an answer for that, to maintain our connections around the division, inviting people to join us in person but also to make it easy for them to stay engaged online.”

“I think we might still be in this online mode for a while longer, but my team has been great about generating new ideas and working really around the clock to try and bridge any gaps. We are trying to stay engaged and relevant, bouncing ideas off people in similar situations to us, and following best practices. So, this was an idea to make the online setting more interactive, realistic and engaging, and I think it was a success.” 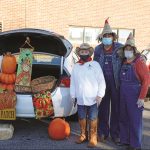 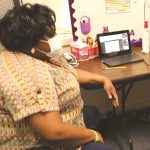