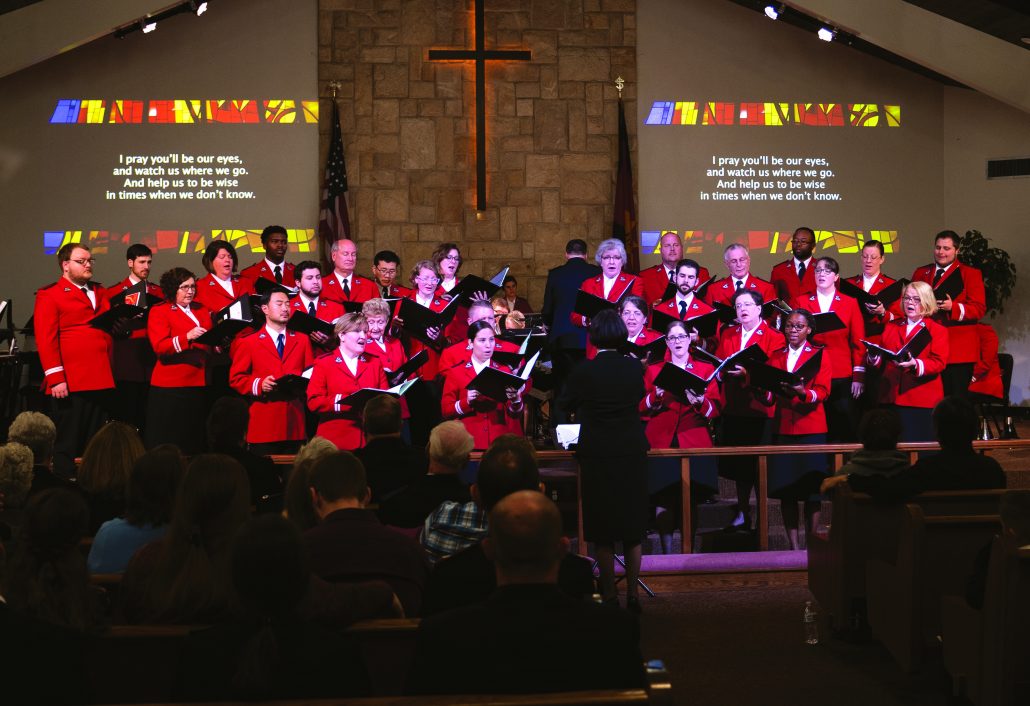 In 2020, The Salvation Army is celebrating its heritage while embracing the future with a commemoration of 100 years of service in Orlando, Florida. To aid in kicking off a year that will feature myriad events, the Southern Territorial Band and Southern Territorial Songsters visited the community in late January for a wonderful weekend of music and ministry.

Upon arrival, the two groups participated in rehearsals over the course of two days, coming together for fellowship and worship. The band and songsters performed together on numerous occasions during the weekend, with the songsters having the tremendous experience to work with Derric Johnson, an advisory board member in Orlando and a 33-year consultant for Disney World. One of Johnson’s central roles was as the arranger and producer for the Epcot Center’s “Voices of Liberty,” a premier a cappella group, and he inspired with his modesty and genuine love of The Salvation Army.

“I was impressed with Derric’s humility,” said Major Pete Costas, corps officer at Charlotte, North Carolina, Temple Corps and a member of the songsters. “Someone with his credentials and experience, visiting us and sharing his expertise with us was awesome. His faith and sincerity came through, as well as his professionalism.”

From there, an outdoor concert took place on Saturday at Lake Eola, with the groups providing stirring music to those gathered on a beautiful day in a park setting. Saturday evening was spent in combined ministry at First United Methodist Church in downtown Orlando, with a memorable night of worship that featured the Orlando singing company and beginner band programs as central figures.

Sunday morning was the centerpiece of the weekend, with poignant worship taking place and a strong message from Lt. Colonel Ken Luyk, Florida divisional commander.

“Sunday morning worship was powerful, and that is always the centerpiece of every weekend for us,” said Nick Simmons-Smith, territorial music secretary. “The hospitality from the folks in Orlando was also tremendous, and the spirit was positive and bright for the entirety of the weekend. It was a fantastic experience.”

Orlando’s centenary celebration will continue with a homecoming weekend in February, annual gala in March, Christmas in July, multiple concerts, a corps retreat and a rendition of “Blood of the Lamb” in October.

“The combined ministry of the territorial band and songsters acted as a powerful catalyst for the first of many events in Orlando to celebrate their centenary celebration,” said Bernie Dake, assistant territorial music secretary. “I believe the combined ministry lends itself to incredible impact and a springboard for the rest of what should be a fantastic year.”

“I don’t know about you but, for me, the Holy Spirit has already visited and entered us into an incredible spirit of worship,” said Captain Ken Chapman, Orlando area commander and corps officer. “We’ve already had an exciting week, and we look forward to an exciting year. Relationships were created out of their concert at Lake Eola on Saturday, and that could be ground-breaking for The Salvation Army. You never know what ministry will do, but the word of the Lord has been proclaimed and we’ve been inspired.” 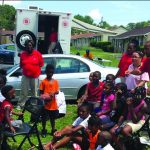 Columbia, S.C., corps is taking its Sunday school to the community
Scroll to top