A former semi-professional baseball player, he had been introduced to narcotics after receiving an injury and a prescription. Ten years later, he was delivered to the doors of the Suncoast center by his mother and the Pinellas County Sheriff’s Office, who hoped that he would finally find what he needed there.

And soon, he did.

During a mandatory in-house AA meeting, Chris heard from a former beneficiary, Rob Coriston, who was working in the center and lived on-site.

“Robbie spoke, and I felt like he was telling my story,” Pachik said. “I could relate to everything that he was saying.”

“I couldn’t remember the last time I had laughed,” Pachik said. Afterward, he approached Robbie and dropping the chip on his shoulder, asked him for help, saying he would do anything to be sober.

So they got started.

Coriston became Pachik’s mentor, continuing on a long string of mentoring relationships that link newer beneficiaries with those who are further down the path. The two spent hours driving the Family Store truck around the city for pickups, and it was in those moments alone that their relationship deepened.

Chris came in as an atheist but Robbie spoke openly to him about God.

“I fought the God thing for a long time,” Pachik said. “Robbie just kept telling me to borrow his God, he was patient with me.”

Pachik was, in the end, he said, an “unsuccessful atheist.”

“I couldn’t ignore the signs and what God was doing in my life,” he said. In a revival held at the center in February 2014, Pachik let go and gave himself to God.

Pachik had been attending the Clearwater Corps, a requirement of all beneficiaries, and along with his mentor, he credits the relationships and support he found there to his success and sobriety.

“The congregations are the reason all of this started, and they are the part of this story that doesn’t get talked about enough,” he said.

His corps officers, Captains Zach and Shelley Bell, invited him into their home for family dinners and fellowship. He felt welcomed and at home.

“I had just come from jail and these guys didn’t even hide their valuables,” he said. “They invited us into their house. They just wanted to get to know us and love us.”

In the spring of last year, Pachik took one more step in his newfound faith, accepting his call to fulltime ministry with the church that helped him find new life.

“The Salvation Army saved my life, so I wanted to give it mine,” he said.

In that act, he became the fifth in a string of mentors and mentees who have come out of the Suncoast Adult Rehabilitation Center and Clearwater Corps and entered training at the EBC.

His mentor, Coriston, is now a member of the Joyful Intercessors session, and Pachik has recently been accepted to follow in the session behind him. Coriston said their bond helps them through this journey as they also connect with other center alumni and keep in touch with the men who have gone before them: Lieutenants Joe Mercier, Chris Doborwicz and Ryan Meo.

“The key to a good accountability group is a friendship that doesn’t interfere with calling each other out,” Coriston said. “If one of us is slipping, we expect to be called out, and when we are, we listen.”

Each one said their experiences only strengthen their testimony, that their lives demonstrate the power of God to transform.

“I could give you a side-by-side of my mugshot and me now and there’s not enough science in the world that can explain my transformation,” Pachik said. “It’s a total transformation of heart, and that is a miracle.” 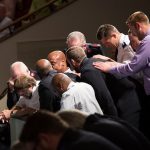 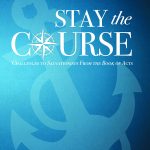 Stay the Course Available Through Trade South
Scroll to top