A mission-driven group of 25 cadets arrived at The Salvation Army’s Evangeline Booth College in August, eager to begin a two-year journey of intensive study and preparation for a lifetime calling to service. On Saturday, Sept. 11 at the Atlanta Temple Corps, they were publicly welcomed as the Reflectors of Holiness session of cadets with a stirring time of worship and reflection.

The 25 cadets — representing each of the eight divisions in The Salvation Army’s USA Southern Territory and scheduled to be commissioned in June 2023 — were introduced and challenged throughout the welcome gathering. Territorial Sergeant Major Jeremy Rowland spoke on behalf of the soldiers and adherents across the Southeast, while Cadet Timothy Green acted as the session speaker on behalf of the Reflectors of Holiness with an uplifting message.

In the midst of the welcome service, a new tradition was introduced by Commissioner Willis Howell, territorial commander, to honor the work of officers who have diligently paved the way. 93 sessions of cadets have been commissioned since the opening of the USA Southern Territory in 1927 and, moving forward, each session flag will be retired at the point that the last commissioned officer of the session is promoted to glory. As part of Saturday’s gathering, however, 18 session flags, representing more than 900 commissioned officers, were publicly displayed for the final time and officially retired in a touching tribute.

Commissioner Howell also spoke eloquently in delivering the central message of the afternoon, focusing on the reflection of God and delivering a simple, yet poignant, series of questions in conclusion.

“What do people see when a mirror is held up to you?” Commissioner Howell said. “Do they see Jesus? What do they say when they look into your life? Do we need polishing and refining?”

Finally, attendees sang in unison near the conclusion of the afternoon, coming together in lifting up the words of General Albert Orsborn.

The Welcome of Cadets for the Reflectors of Holiness session can be viewed at youtube.com/salarmysouth or seen in full below. 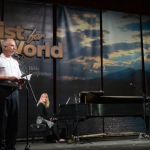 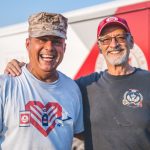