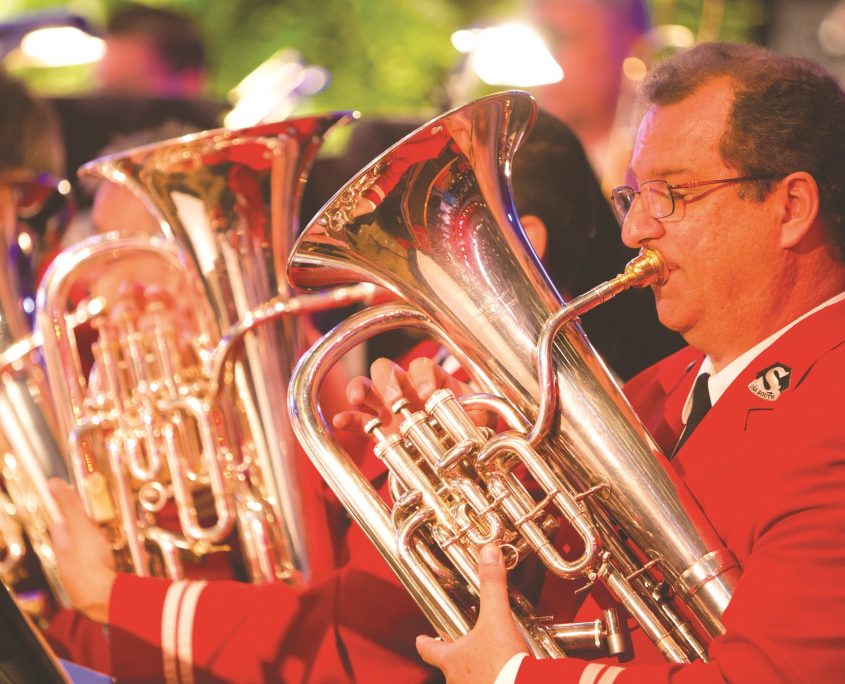 Dating back to its tour of the United Kingdom in 2018, the USA Southern Territorial Band has communicated an overarching message of hope through its musical ministry. With that in mind, the ensemble is releasing an album titled “Songs of Hope,” featuring the works the band featured in public settings over a two-year period.

The album, which features 12 tracks recorded in October in Atlanta, Georgia, also arrives seemingly at a perfect, even if unintended, time in the world.

“The songs on the album nearly all focus on a nugget of hope,” said Nick Simmons-Smith, territorial music secretary. “It obviously wasn’t supposed to arrive during a trying time with the pandemic, but I feel as though it is a nice feature and theme to have to really encourage people as they listen. Even something like a march from our own Steve Kellner called ‘Greater Things,’ which we’ve released ahead of the album launch, features a message that greater things are in store and Christ is the answer. Both of those are always very important themes, but especially now.”

While the album is not entirely penned by members of the band, most of the pieces are either composed or arranged by bandsman or Simmons-Smith, the territorial bandmaster.

“I think this is a nice feature, having six or seven composers, and that allows for something unique to us,” Simmons-Smith said. “We don’t always play the ‘latest and greatest’ when it comes to pieces that are well-known, but having the composers within the band really helps to make things meaningful and aids in our programming.”

The album features multiple tracks arranged by bandsmen Andrew Barrington and Steve Kellner, as well as Simmons-Smith, with additional pieces penned by bandsmen Joel Collier and Andrew Wainwright. While the theme of hope persists throughout the album, the music covers the full spectrum in terms of its varied appeal.

“One example is Steve Kellner’s treatment of ‘Holy Spirit, You Are Welcome Here,’ which is really a mood-setter for worship,” Simmons-Smith said. “It is a contemporary praise song that also works very well with the brass band in this form. On the other end of the spectrum, we’ve included ‘Just As I Am,’ which is one of the finest brass band compositions in existence. It is very tender and moving, and more of a traditional choice.”

“I would really say that there is something on the album for everyone. You’ll find a number of tracks that you’ll like and a real mixture of traditional brass band music and some lighter pieces that should make for easy, worshipful listening.”

The title track, written by Simmons-Smith, encompasses the predominant message of the album, encouraging listeners with an uplifting bent.

“The title piece of ‘Songs of Hope’ includes a selection of tunes that really speak to the positive thought of hope,” Simmons-Smith said. “In fact, we dedicated this piece to those who suffer from mental illness, from depression to anxiety and anything else. It is sometimes a topic that we don’t discuss enough, because people really are suffering from these challenges. The nice thing about the piece, although it’s an uplifting collection of songs, is the reaction it elicits whenever we introduce its background and meaning. Being able to convey the message that hope is there is crucial, and many have responded to it for the way this Christ-centered music can speak to us and be encouraging.”

“Songs of Hope” is scheduled to be released on streaming platforms — including Apple Music and Spotify — as soon as June 1. Physical copies are also available, priced at $10, through Trade South.

While it is unclear when Salvation Army brass ensembles will be able to meet, perform or travel in ministry due to COVID-19 uncertainty, the band believes “Songs of Hope” can provide comfort and encouragement during this challenging period.

“It really is great to play concerts, and they have a life of their own,” said Simmons-Smith. “It’s great to come together and enjoy special moments, but if you can actually record a piece of music, you have no idea the blessing that it could be for someone. Frankly, that goes well beyond our territory and we hear from people often that have been blessed by a particular piece we’ve recorded. The ministry aspect of any recording is much more than what happens during the week of the session or the sales it produces, but it’s much more meaningful and has a greater life than we’ll ever know. That is one of the great aspects of this ministry, and it’s been great to be able to put on record the things we’ve been sharing the last couple of seasons.” 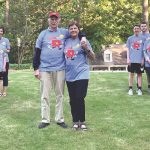 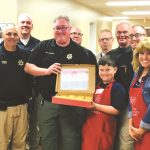 Friday, June 5: A day to give the doughnut its due
Scroll to top