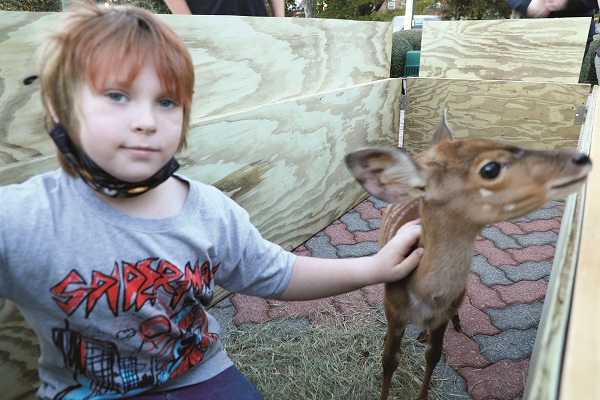 An 8-year-old’s unusual Christmas wish became reality during the 2020 Red Kettle Kickoff in Aiken, South Carolina. Dakota Jones’s letter to Santa did not include an X-box or a bike – but simply to “meet a live reindeer in person.”

“All applications for Christmas assistance this year were made online, by necessity, and I’ve been reading every one of them – particularly what items each child asks for,” said Lieutenant April Tiller, Aiken corps officer.

Tiller explains that when she read Dakota’s sweet, simple wish she “knew somehow we had to make this happen.”

It turns out, arranging a visit of a fully-grown reindeer isn’t so “simple.”

“I immediately started calling around and began to see that finding a reindeer in South Carolina isn’t possible. There’s something about the climate and agriculture here that doesn’t agree with them.”

In fact, a couple of reindeer in nearby states were located, but are not even allowed by law to be brought into South Carolina.

Among the phone calls Tiller made was to State Representative Bill Taylor (District 86, Aiken County), who also serves on the Aiken Advisory Board for the Army.

“Representative Taylor worked a Christmas miracle,” Tiller told the assembled audience at the Kettle Kickoff. “He told me that he secured a visit from Santa and Mrs. Claus; and that he also found a baby antelope” which might fill the stand-in bill for a reindeer.

“We live in a low-income complex,” says Dakota’s mom, April Jones. “Our landlord looks out for all the families and we found an application form for Christmas assistance on our door.”

Jones adds that after submitting the application she got a phone call from Lieutenant Tiller asking if the family could attend the Kettle Kickoff.

After Santa and Mrs. Claus were introduced to the adoring crowd, Mrs. Claus asked a surprised Dakota and his little sister, Skyler, to step forward. The two children came forward to meet the famous couple.

“Dakota, did you know that today we brought with us a baby ‘reindeer’ named ‘Olive’ (as in ‘Olive, the Other Reindeer)?” Mrs. Claus asked. “Olive is Rudolph’s baby sister. Would you like to meet her?”

With that, the entire assembly moved over to a nearby pen, where Dakota, Skyler and the Clauses fed and petted the fawn. Onlookers seemed as mesmerized as the Jones children were to witness this Christmas wish come true. 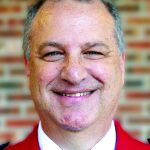 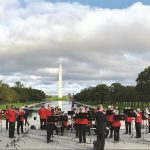