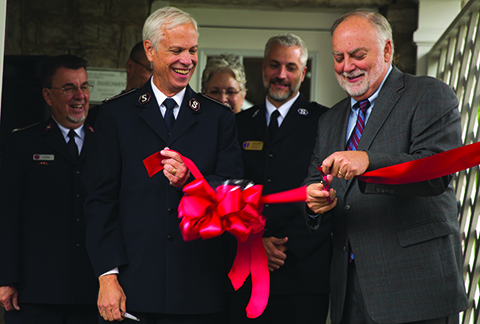 The Salvation Army and Trevecca Nazarine University have a history of partnership. That partnership deepened with the dedication of the Social Justice Research Center Sept. 26 on the school’s campus in Nashville, Tennessee, and the partnership appears to have a promising future as well.

The SJRC set up shop earlier this year with Lt. Colonel Vern Jewett serving as director. Lt. Colonel Martha Jewett is the office manager. The Jewetts, who are living in the Nashville area in retirement, are joined on the staff by research analysts Curtis Elliott and Terri Neville. Elliott holds a doctorate degree in intercultural studies, and Neville is an attorney who relocated from Boston to join the SRJC staff.

The center is the first of its kind in the U.S. and is patterned after one in Auckland, New Zealand. The work conducted at that center made a strong impression on Commissioner Bell during his appointment as New Zealand, Fiji and Tonga territorial commander. After he was appointed to the USA South, he asked Lt. Colonel Jewett to draw up a plan for such a facility in the South. Lt. Colonel Jewett agreed to take on the task and presented his plan to the territorial leadership last year.

Commissioner Bell, in his remarks at the dedication luncheon, said that despite an array of U.S. government programs addressing poverty, the problem only deepens year by year. “President Lyndon Johnson declared war on poverty in 1964,” he said, “but today there are more people living in poverty than ever before.

“My vision is that this partnership will give us the measuring tools that we need to determine what we can do to give a hand up – not a handout – to impoverished people,” he added. “Our territorial mission statement calls for us to love inclusively. That’s what social justice is really all about.”

The territorial commander cited Dr. Matthew Robinson of Appalachian State University, who has written and lectured extensively on social justice issues. “Robinson defines social justice as ‘promoting a just society by challenging injustice and valuing diversity,’ Commissioner Bell said. “’It exists when people share a common humanity and therefore have a right to equitable treatment, support for their human rights, and a fair allocation of community resources.’”

The Salvation Army’s partnership with Trevecca isn’t new, dating back some 15 years. The Army and Trevecca partner on continuing education classes open to Salvation Army officers at the Trevecca campus as well as at Evangeline Booth College. Instruction is offered at the bachelor’s and master’s level in religious studies and organizational leadership.

Commissioner Bell shared that he would like to see the productive Salvation Army-Trevecca partnership expand and deepen in the future. He shared his vision for the creation of a master’s in social work degree program that is strongly guided by a Christian perspective. A Christianity-based MSW program offered at Trevecca would be a tremendous educational opportunity for anyone committed to working for biblical social justice. 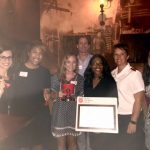 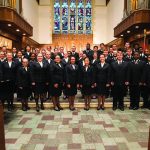