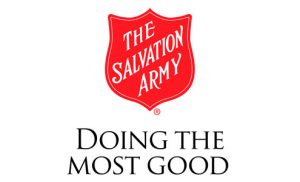 As the U.S. government moved to reopen after a partial shutdown left 800,000 federal employees furloughed or working without pay, The Salvation Army reported delayed reimbursements for some programs. But the overall impact was minor, and nowhere in the Southern Territory did services stop.

“Our programs are still happening because the needs did not go away,” said Major Andrew Wiley, social services secretary at territorial headquarters in Atlanta, Georgia. “The reality is, our clients are still showing up at our shelters, and they still need to be housed and fed, and The Salvation Army continues to do that. We continue to meet the needs that are presented to us.”

The 35-day shutdown ended Friday, Jan. 25. It directly affected some homeless shelters operated at the corps and command levels of the nine Southern Territory divisions – the overnight beds and such support services as feeding, helping people secure permanent housing and providing workforce training.

“Our understanding is that pending reimbursements will be paid after the shutdown ends. Our challenge becomes operating until that happens.”

Also, the longer the shutdown lasted, the more individuals were expected to turn to The Salvation Army for food assistance, rent or mortgage assistance or utility assistance. The Southern Territory served 2.2 million people with rent, utility, clothing and food assistance in the fiscal year ended Sept. 30, and 515,493 people in the first quarter ended Dec. 31.

Before the shutdown ended, units in the Washington, D.C., area – part of the National Capital-Virginia and Maryland-West Virginia divisions, and home to the country’s largest concentration of federal workers – did not experience an unusual increase in the number of people seeking help.

In Hampton Roads, Virginia, though, with a large Navy and Coast Guard presence, the Army was helping some families with their utility bills.

Southern Territory Emergency Disaster Services also reported no shutdown-related uptick in activity, though its counterpart in the Chicago area, the Metropolitan Division, on Jan. 18 began deploying EDS personnel and assets to feed TSA agents for the duration of the shutdown at the city’s two commercial airports, O’Hare International and Midway.

Nor were Southern Territory adult rehabilitation centers directly impacted, according to ARC leaders; because of the spiritual nature of their mission, they do not accept government funds.

But they could have been affected if the shutdown lasted into March and money ran out for the Supplemental Nutritional Assistance Program (food stamps). Among the 40 million SNAP recipients in the United States are ARC clients whose food stamps go toward groceries.

Major Wiley said he heard concern from the field about funding services during the shutdown. Corps officers were looking to local donors, making special payment arrangements with vendors and partnering with others in the community.

“They’re managing local resources as best they can,” Major Wiley, “but no one is closing a shelter because a government grant didn’t come through.”

“The Salvation Army is committed to strengthening others in need, and partners with government agencies, corporations and nonprofit organizations to serve more than 23 million people in need every year. This work will continue through the shutdown and after it’s ended. Those directly impacted will struggle to make ends meet for as long as the shutdown lasts, and an increased number of these families will rely on Salvation Army services, some of which are funded in part by government grants. Even though dispersal of these funds are delayed, we’re hopeful it will be made right when the government is reopened. Regardless, we’ll continue helping those in need.” 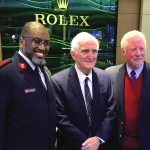 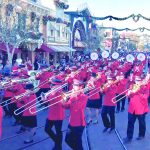