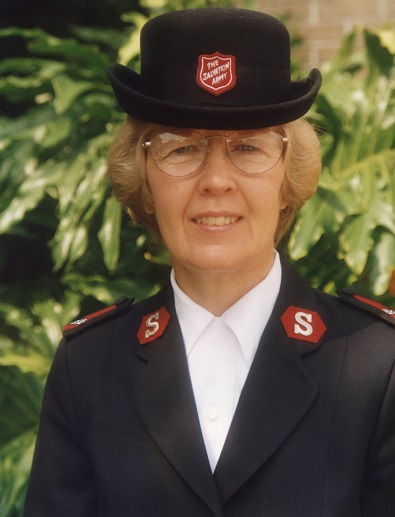 Major Thelma Kate Barnett Birmingham was born March 5, 1939, in Gate City, VA, to Orban and Bessie Barnett, and was called to her eternal home on Aug. 7, 2021, in Orlando, Fla.

Thelma grew up in Gate City, Va. in a remote place called Opossum Creek. At the age of 15, Thelma’s family moved to Kingsport, Tenn., where she first attended services at The Salvation Army. She loved the programs, in part because of the many opportunities for young people to participate in at the corps.  She met her husband David while he was spending part of his service for the United States Army in Kingsport. David and Thelma met, fell in love, and married six weeks later, Dec. 23, 1961.

Thelma’s love for the Salvation Army impacted David and, in 1966, they entered the College for Officers Training to join the “Messengers of the Faith” session of cadets. After being commissioned as officers in 1968, they were appointed to the Washington Harbor Light Corps. In 1969, they were transferred to Knoxville, Tenn. to assist and that same year went to Louisville Portland Corps to be the corps officers.

In 1973, they ran a camp for the summer and in August left for Bowling Green, KY as the Commanding Officer. Then she served as League of Mercy Secretary and Older Adult Ministries Secretary in Florida, Community Relationship & Development Associate Secretary, Assistant Editor Southern Spirit at Territorial Headquarters and retired from Orlando, Fla., Area Command & Corps Officers & Coordinator of Women’s Ministries. Thelma retired from active service with over 20 years and continued serving the Lord until he called her home.

She is survived by her son Greg Birmingham & daughter in law Justine Birmingham.  It was in November 2007; her beloved David was called to his eternal home.

Please be in prayer for the family and friends of Major Thelma Birmingham.

The Celebration of Life for Major Thelma Birmingham will be held Saturday, Aug. 21 at 11:00 am 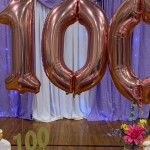 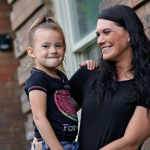