Major Joyce Michels was Promoted to Glory Oct. 12, 2020, in Charlotte, North Carolina, surrounded by her family. The funeral service was held Oct. 17 at the Charlotte Temple Corps. Major Brian Gilliam brought the message.

Joyce Dial was born Jan. 12, 1943, in Hurricane, West Virginia, and accepted Jesus as her Savior when she was a young girl. She married Oliver Michels Dec. 21, 1961. She became a soldier in Arlington, Virginia, in July 1964 and entered training in 1966. She and Oliver were commissioned with the Messengers of Faith in 1968. They served for most of their careers in the Maryland-West Virginia Division. 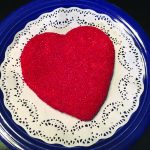 How a Kentucky corps handed out 1,200 food boxes in one day
Scroll to top