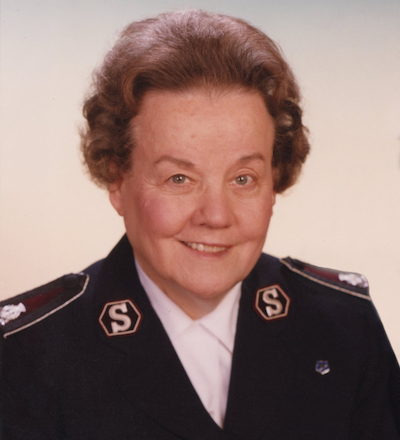 ​​​​​​​It was a joyous Christmas Day in 1929 when Jacqueline Louise was born, along with her identical twin sister, to Emery and Edith Alexander in Clarksburg, West Virginia. After a lifetime of serving her Savior, she was peacefully Promoted to Glory at age 91 on Aug. 19, 2021, from her home in Lawrenceville, Ga.

Along with her four sisters and brother, Jackie joined the corps band, beginning a lifelong love of Salvation Army band music. She also took part in nearly all corps programs and activities, additionally serving as the Assistant Young People’s Sergeant-Major. It was at a Youth Councils in 1945 that Jackie felt God pull on her heartstrings to become a Salvation Army officer and surrendered her all to Him.

She was commissioned from The Salvation Army’s School for Officers’ Training as a member of the “Heralds” session of cadets in 1953. As a single lieutenant, she served as Assistant Corps Officer at the Washington, D.C., Southeast Corps where she was beloved by the youth before being appointed back to the training college as a Brigade officer and Secretary to the Principal. During this time, she met Cadet Gordon Swyers; later after he was commissioned and serving on the college staff, they fell in love and were married on Sept. 9, 1961.

As Captains, they served together as Corps Officers in Florence and Montgomery, Ala., before beginning a series of Divisional Headquarters appointments, first serving as Divisional Youth Secretaries in Georgia and Florida. Then as a Major, she served as Assistant Home League Secretary in the Georgia, Arkansas/Oklahoma, and Florida Divisions.

In 1983 the Swyers were appointed to lead the Arkansas/Oklahoma Division where Jackie served as Director of Women’s Services and Home League Secretary. She subsequently held these positions in the National Capital/Virginia Division. Promoted to the rank of Lt. Colonels, the Swyers were appointed in 1989 to lead the Texas Division. She excelled at women’s programming and was adept at leading women’s auxiliaries, members of which became lifelong friends. She provided spiritual counsel to any woman in her sphere of influence.

Two years later, they were appointed to Territorial Headquarters where Jackie served as Territorial League of Mercy Secretary, Territorial Home League Secretary, and then as the Territorial Secretary for Women’s Organizations as a full Colonel. In July 1997, the Swyers were promoted to the rank of Commissioners and appointed to International Headquarters in London, England, where Jackie served as Zonal Secretary for Women’s Organizations for the South Pacific and East Asia, a position which saw her traveling the world and sharing the gospel for three years before retiring in September 2000 to Lawrenceville, Ga.

In retirement, they were faithful soldiers of the Atlanta Temple Corps and were even more ardent supporters of World Services, having seen firsthand the difference The Salvation Army makes globally.

Her husband, Commissioner Gordon Swyers, was Promoted to Glory on Jan. 4, 2016.

Celebration of Life and Committal 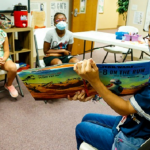 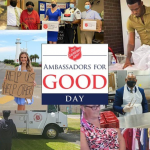