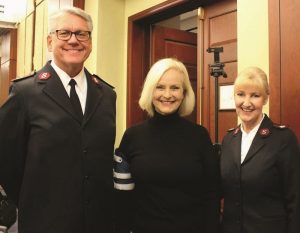 On Saturday, Sept. 23, Room 201 in the U.S. Capitol building became holy ground as a capacity crowd gathered for one purpose. That purpose was not to grill those who have violated ethics rules, nor to swear in a new committee member, nor to hear arguments for or against an upcoming bill. Rather, the one purpose was to Pray for Freedom … freedom for those trapped in slavery of every kind: labor trafficking, sex trafficking, child soldiers, debt bondage and pornography.

The Salvation Army National Capital Area Command, together with National Headquarters and the Faith Alliance Against Slavery and Trafficking hosted an event featuring leaders from organizations such as World Relief, the National Center on Sexual Exploitation, Shared Hope International, International Justice Mission, Compassion First, Nazarene Compassionate Ministries, Project Rescue, the Federal Bureau of Investigation, the Global Center for Women and Justice, the Human Trafficking Initiative and local anti-trafficking advocates in the National Capital area. Each representative led in a time of prayer specific to different topics related to slavery and trafficking, including prayer for abolitionists and members of law enforcement.

Cindy McCain of the McCain Institute for International Leadership brought the keynote address, challenging attendees to continue to fight against evil in the world. Leading in worship was the musical group, “Outside Worship,” featuring Phil Laeger, Marty Mikles and Anna Street.

It was Pray for Freedom’s first gathering in the nation’s capital, having become an annual event each January on the campus of California’s Vanguard University. The event coincided with The Salvation Army’s International Weekend of Prayer for Victims of Human Trafficking and was supported by the National Capital Area Command, National Headquarters and the Southern Territorial Headquarters.

The event was led by Major Leisa Hall, associate area commander for the National Capital Area Command, along with Jason Pope of The Salvation Army World Services Office, who is also the current chair of FAAST and Mandy Porter-Griffith, coordinator for FAAST. 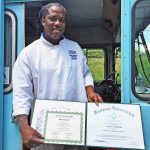 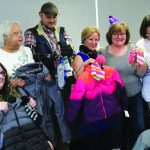