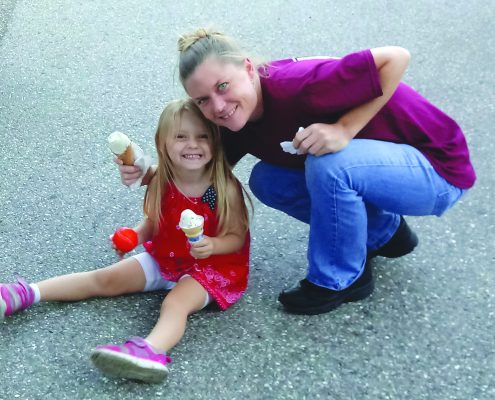 When Hannah arrived at The Salvation Army in Sarasota, Florida, she was facing significant challenges, ranging from unemployment to a lack of transportation and the reality of life on probation. In January 2015, she entered a transitional housing program in which she would spend eight months, eventually finding employment in March 2015 and establishing stable childcare and firmer financial ground. From there, Hannah secured permanent housing in September 2015 with the help of The Salvation Army’s assistance, and she was on a clear and sustainable path.

However, the challenges did not end there for Hannah, with a roadblock arriving in January 2017. Hannah was living with a boyfriend on a shared lease, when he began to relapse into drug use that would test her own sobriety. The situation escalated with haste, resulting in Hannah experiencing homelessness in unexpected and difficult fashion.

It was then that she returned to The Salvation Army’s transitional housing program and proceeded with the help of the Pathway of Hope initiative. Fortunately, Hannah maintained the employment she secured in 2015, and, in short order, she was able to re-establish permanent housing by June 2017. The next step for Hannah was a path to higher education, with acceptance to Suncoast Technical College in the business management and analysis program.

In order to help this educational dream become reality, The Salvation Army helped to provide financial assistance to Hannah as she dove into her studies.

“We receive some grants, and one of them is the family self-sufficiency program, which assists individuals financially if they are going back to school and pursuing that valuable education,” said Valerie Walton, Pathway of Hope program manager in Sarasota. “We were able to put Hannah into that program to receive that assistance as she was studying, which was extremely helpful in allowing her to really focus on her education.”

Hannah performed exceptionally well in school and, at the same time, received promotions in her employment setting. Ultimately, she succeeded in her path of study, first earning a certificate of completion, then reaching out to the State College of Florida for continuing education. Eventually, Hannah earned her associate degree in risk management and insurance services.

While Hannah’s hard work and persistence were crucial to her overall progress, Pathway of Hope played a significant role, with long-term investment at the forefront.

Pathway of Hope is a national Salvation Army initiative to help families break the cycle of intergenerational poverty through strength-based case management, community collaboration and data-driven support. More than 1,300 families have been served to date in the Southern Territory.

“Stories like Hannah’s don’t happen overnight,” Walton said. “The support that The Salvation Army is giving acknowledges it will be a long-term process, and we’re here to work with people for as long as it takes to get back on their feet and support their families. That is one of the wonderful things with this program is that it is truly a long-term commitment. That’s what we do with Pathway of Hope and we want to help for as long as people need us.”

“We want people to know they can change and make a difference. It is going to take a while, maybe even several years, and there is work required. But every small step is a success, and we celebrate those alongside people, including Hannah. She acknowledges that the support really helped her, but it takes time and effort to make this kind of complete change happen.”

After years of hard work and progression, Hannah penned a heartwarming letter in thanking Deshane Collins, case management specialist, and The Salvation Army’s staff in Sarasota, while firmly encapsulating the mission of the Pathway of Hope initiative in the process.

“Thank you for everything you have done for my daughter and me,” Hannah said. “The Salvation Army provided us with a place to live, not once, but twice. You supported me on my road to recovery, which has led to many great things.”

“I could not have made it this far without your help. Some of my greatest accomplishments I owe to you. I am truly blessed to have such amazing people in my life who care for me and my family and want nothing but the best for us. Thank you from the bottom of my heart.”

The Salvation Army in Sarasota is also a national best practice site for the Pathway of Hope initiative.  Best practice sites are selected for high performance in seven key areas of impact, including pastoral care, team approach, data quality and community collaboration. 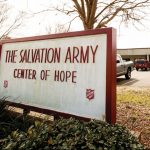 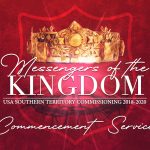