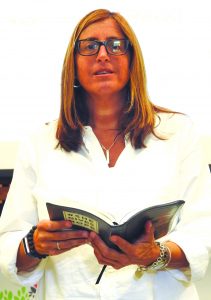 “I know who I am.” These words rang out through the Camp Keystone chapel for the opening night of the Single Officers Spiritual Retreat. But I wondered if I really do know who I am. Maybe just for that opening night, I wasn’t sure. I could sense that some in that room did not want to be there, uncertain of what this retreat was going to be or become … while others were excited about reuniting with brothers and sisters who are fighting loneliness in their calling. Whatever emotions of that first night were swarming around Camp Keystone, they soon began to dissipate as we opened God’s Word in fellowship.

Dr. Lina AbuJamra led our general sessions, and her words were real and to the point. She is single: a woman, doctor, missionary, evangelist, aunt, friend, sister, preacher, teacher who is thriving in her singleness, to the Glory of God! For those four days, I was struck by the Holy Spirit’s freedom in her life and calling. Her words paired with God’s words, broke down spiritual strongholds in my life, and in those around me. She pointed our hearts toward Christ, while our knees hit the ground.

The question changed from “Do I really know who I am?” to “Do I really know Christ?” It was revealed that as single officers we have no option but to fully know Christ, our first love. Dr. Lina pointed us to the faith of Abraham and his obedience to God’s call on his life. To thrive we must remember that obedience to God creates an increased opportunity to be obedient. The deeper we went into God’s words, the more the insecurities seemed to disappear.

As we engaged in fellowship, we shared some of our deepest pains. Something as simple as figuring out where to sit at officers’ councils as a single officer weighed on hearts. While some shared their deep pains, others questioned if they were fulfilling their calling as a Salvation Army officer. I was convicted; as a single officer I had not been a good friend or comrade to my fellow officers. I thought I knew who I was, but, again the words from the opening song, “I know who I am,” seemed so far removed. My heart felt the pain of those who seemed to have it all together but inside felt alone. We all needed to be reminded to simply thrive.

Breakout sessions pushed us deeper into conversation and open evaluation of our spiritual life and disciplines: Do we know our first love? I cheered as we encouraged each other in our own walks, while also thinking of married officers who would have benefited from these classes. To thrive as a single officer means to know how to thrive as a Child of God, a follower of Jesus, a vessel for the Holy Spirit. Single or married, one day we will all stand before the throne of God individually and give an account. I want to thrive now, so that one day I will hear the words, “Well done.”

Food Lion steps up with gift to feed hungry people in Greenville, S.C. 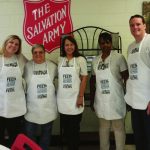 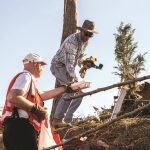