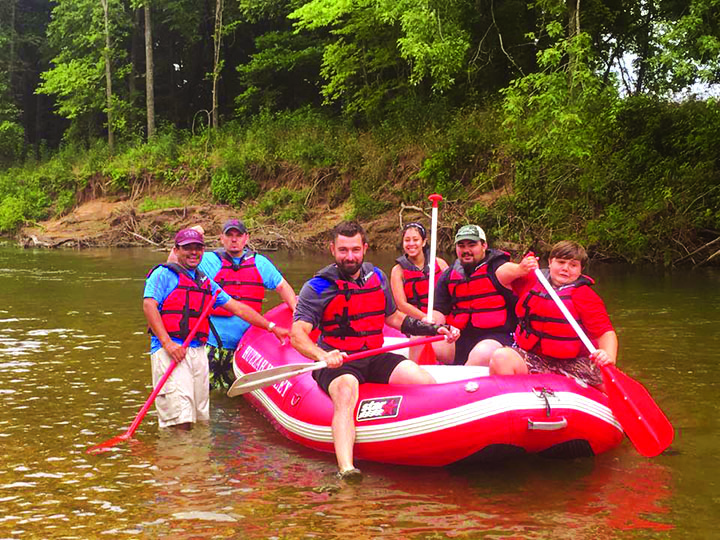 The first National Jamboree for Girl Guards and Rangers in more than two decades was held at the Huzzah Valley Resort in Steelville, Missouri, July 10-15. More than 700 kids and leaders camped out in tents for five nights, meeting other Salvationists from across the U.S., learning how to cook their own food and experiencing the glory and fury of nature. Wanda Newton, territorial boys and girls work director, handled logistics for the event, which included canoeing, rowing, skeet shooting, rock climbing, archery, hiking and more.

The jamboree was intended to be more of an outdoor adventure experience than most summer camps, where kids spend time indoors and sleep in cabins. Delegates used communal shower houses and spent all of their time outside.

Throughout the week, kids met their counterparts in other territories and divisions, playing team-building and eating together. Nothing brought them closer than the events of July 13, when a storm suddenly swept over the Huzzah Valley resort, knocking down bathrooms, tents and trees and sending the entire group into wall-less shelters and caves while they waited for it to pass.

Newton, who was first alerted of the storm around 2:30, rode around the site on her golf cart to alert the groups who were spread out at various activity sites, when out of nowhere the microburst came through, with winds soon reaching 8 miles per hour.

As leaders rode around to make sure everyone on-site was accounted for, they also tried to try to protect equipment from the wind and water.

When the storm had passed, only four people had suffered minor injuries, but entire campsites had been wiped out. All of the linens were soaked and some tents were destroyed beyond repair. The water and electricity had also been shut off.

The local division quickly delivered blankets, socks and water bottles from their Emergency Disaster Services warehouse to provide for the campers while their linens were washed and dried at a local laundromat.

Groups whose tents had been destroyed set up camp in cabins near the main site.

Newton was impressed by the way the campers quickly adapted to the changes in schedule and frightening circumstance.

“They were not defeated one bit,” she said. “Their spirit pushed the adult leaders to persevere.”

On the final day, still without power or running water, activities continued on schedule, as if nothing had happened.

The evening program was held in a dark tent, with no sound board or microphone to amplify the speaker’s voice or singing.

“And it was still the most powerful night program we had,” Newton said, adding that many campers gave or rededicated their lives to Christ that evening.

As soon as campers and leaders started to leave, returning to their campsites for the final night, the power came back on.

“It was as if God was saying, ‘you can make it through anything, if you just trust in me,’” Newton said. 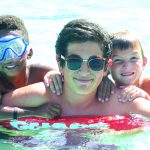 How a Summer Job with The Salvation Army Changed One Teen’s Perspecti...
Scroll to top