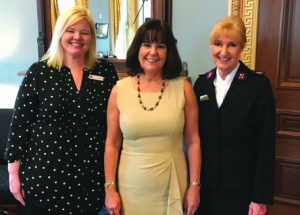 As the nation’s capital, Washington D.C. is home to tourism, events and worldwide intrigue, but with that prominence comes the reality of vulnerability to human trafficking. With that as the backdrop, The Salvation Army National Capital Area Command is forming a new antihuman trafficking program that includes a comprehensive sheltering effort.

The new program will combat human trafficking and support survivors throughout Washington, D.C., suburban Maryland and Northern Virginia by offering services in sheltering and crisis response, providing education and training and partnering with other agencies to provide a comprehensive experience for survivors.

“When we moved here, I immediately got plugged into the various human trafficking task forces,” said Major Leisa Hall, associate area commander. “I realized that the missing piece seemed to be a shelter for survivors of adult human trafficking. I talked to many people in the area who are involved in the fight against human trafficking, and they agreed that a shelter was needed.”

In launching the new initiative, The Salvation Army will host an event called the “Diamond Gala” on March 3, 2018. The benefit will take place at the National Press Club in downtown Washington and will feature Major Garrett, CBS News White House correspondent, as the evening’s master of ceremonies. In addition, Elizabeth Smart will serve as the special guest speaker, and she is uniquely equipped to do so. Smart, a survivor of child abduction, is the founder of the Elizabeth Smart Foundation — providing recovery, advocacy and prevention resources for survivors and their families.

The event will serve to raise funding for the antihuman trafficking initiative, with a goal to establish the program’s work in the community. The program, which will be coordinated by Kyla Conlee, will include and provide a 24-hour emergency response, with a residential component that will feature comprehensive services for both men and women. Beyond that, emergency transportation will be provided on a 24-hour basis for survivors and those in danger, with immediate services, emergency health care and optional pastoral services among the features of the outreach endeavor.

Three phases will occur during the program itself, with short-term needs addressed first, followed by transitional steps and, finally, long-term services ranging up to two years. The program and shelter are scheduled to open in early April. 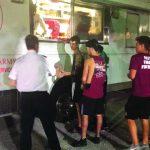 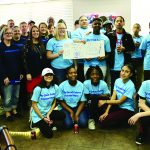