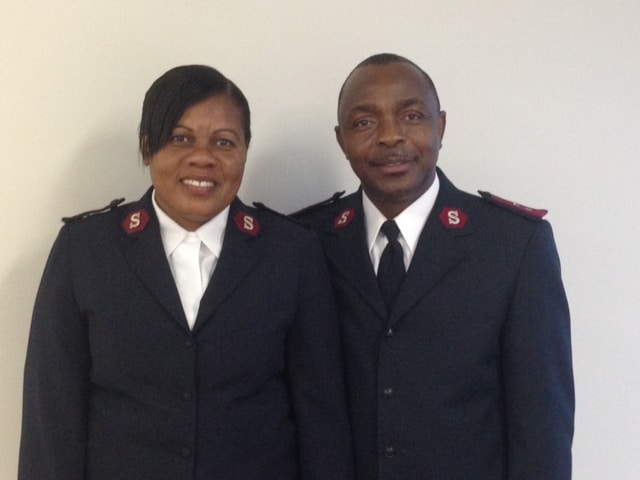 I was born in Haiti in 1959. I was the only child from my mom side and did not enjoy my childhood. At the age of 15, a friend invited me to the Salvation Army corps; I gave my life to the Lord and experienced a freedom I had never known before. I got involved big time with all that the corps and had to offer. I knew that God was preparing me for a future greater than what I had expected.

I did not have a clear concept of God until I accepted Jesus as my Lord and Savior. I had always believed that God required my effort in order to meet my need – “Help yourself, and heaven will help you,” became my motto.       However, my conversion, which was the result of a long search for purpose in my life, helped me to see God in a new way.

I went to technical and vocational school for two years to become an electrician. I had my first job with the power and light company in Haiti. My co-workers called me “pastor,” sometimes just to make fun of me. I became aware of God’s plans after he gave me exactly the type of job for which I had asked at just the right time

I married Louna in July 1988 and joined her in West Palm Beach, Florida, a year later. Before I left Haiti, I prayed to God to help me find a corps close by and, second, to have the opportunity to continue working in the electrical field. God answered those prayers. Even though Louna attended a Baptist church, we found a corps less than five miles from where we lived. In addition, God used the corps officer to introduce me to the International Brotherhood of Electrical Workers. I worked for them for eight good years.

Two years later, the Lord blessed us with our daughter Jovanie, who was born in May 1990. Our joy was completed with the addition of our son, Lousson, in December 1991.

Sill, we felt that God was directing us toward a more meaningful experience. We decided to serve God full time and were accepted as Salvation Army cadets and trained for two years. My wife and I served as corps officers at Miami Edison, Florida, as well as in Winter Haven and Naples. We now serve in Palm Beach County as area commander and associate area commander.

Our children are a great joy for us. Jovanie has her BA in Special Education, working at territorial headquarters in Atlanta. Lousson is pursuing his masters in music performance at the University of North Carolina School of the Arts.

I also had the privilege to attend the International College for Officers, where I met people from all over the world.  I will hold this experience in my memory as one of the best experiences of my life!

In 2010, The Salvation Army sent me to Haiti to assist with the Earthquake disaster relief effort. The devastation was beyond my imagination. By God’s grace, I served and shared the sufferings of my countrymen.

In The Salvation Army, there is no lack of ministry opportunities. On August 14, 2010 my wife and I had the wonderful privilege to lead a youth mission team to Haiti for nine days. The team helped with the clean up and the painting of one school and a camp ground where kids will be spending some quality time during the month of September. In addition, we shared Christ with them in every possible way.  We were encouraged by their spirits and strengths. Despite of all they went thru, they were very enthusiastic of worshiping and praising God with joy declaring: “Jesus is my rock and my salvation; He is my fortress, I will never be shaken.” Psalm 62:2

Walk in My Boots Provides Insulated Boots to Baltimore Families 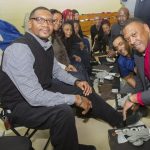 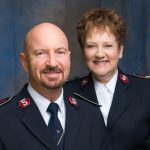 Baileys Appointed to Command Central; Bukiewiczes Succeeding them in South
Scroll to top