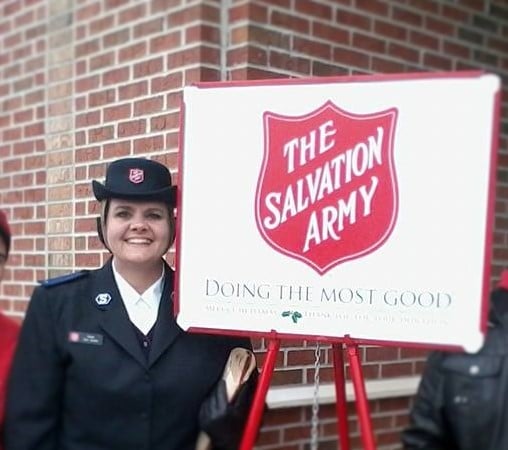 Proclaiming the Word of the Lord to those that are in need is a calling that I finally am able to fulfill through Salvation Army Officership. Part of The Salvation Army Officer Covenant says, “…to live to win souls and make their salvation the first purpose of my life”. Throughout most of my life, that sentence has been my heart song.

At the age of 9, I began to have an unquenchable hunger for God’s Word and to help win souls for Christ. Others recognized that hunger and before turning 15 I was actively involved in teaching Sunday School, Children’s Church, and even though I didn’t have my license, leading the bus route team. During that time of my life, I remember constantly thinking, “This is what I was made for! The 1st purpose of my life is to win souls!” Sadly, the denomination that I grew up in did not advocate women in ministry. So, my becoming a minister was not even an option.

My husband also felt the void. Having been youth leaders together, he knew that God had called us to be a ministry team. We began to see that if we were going to be able to fulfill both of our callings, we were going to have to free ourselves from our current church and be open to God’s leading.

I’d like to say that everything went wonderful with rainbows and singing birds once we made that decision to follow God’s leading, but we have an enemy that wants us to completely abandon any plans for God’s Work. Charles’ was laid off from his full time job for the 4th time that year; the owners of the house we were renting-to-own had not been paying on the house loan and it was being foreclosed. We were homeless. We could have given up, but we knew that our God is faithful. We were not going to allow Satan to have victory in this situation. In fact, we relied even more on the guidance of God.

It was through God’s guidance that Charles began working at The Salvation Army as an assistant Kettle Coordinator in 2010. The Corps Officer, Captain Carlyle Gargis, invited him to visit their church service. We didn’t know that The Salvation Army was a church! We began attending the Corps and instantly found where God had been calling us to serve.

I had felt the call of God to be a minister of His gospel since I was 9. Words that have been my heart song for most of my life are the very words that I was able to say as I was commissioned as a Salvation Army Officer in June 2015. I am able, as a woman, to proclaim the gospel message of our Lord and Savior Jesus Christ. Through my calling from God, and through the mission of The Salvation Army, I am finally able to fulfill what God created me to do. I am able “…to minister to the poor, feed the hungry, clothe the naked, love the unlovable, and befriend those who have no friends”. It says in Proverbs 11:30, “The fruit of the righteous is a tree of life, and he (or she) who wins souls is wise”. I am called to proclaim the Word of the Lord to all. Through the many trials that I have endured, God has never failed me. My future is directed by God. He took what I thought was impossible, and made it possible. 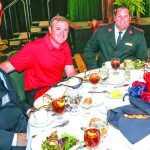 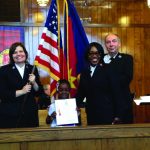