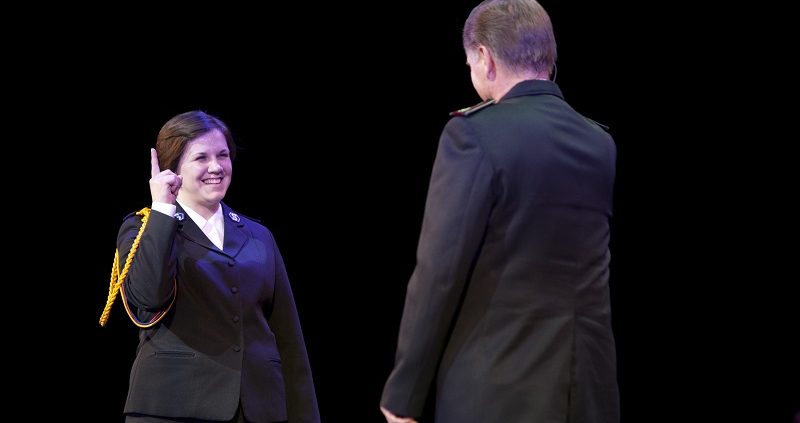 I was born and raised in south Georgia and entered training from Griffin, Georgia, but God had to send me all the way to Beaumont, Texas, to reveal to me my calling to become a Salvation Army officer. I was born into a very close-knit family that loves the Lord. My upbringing, however, did not protect me from situations I would find myself in and the choices I would have to make in life.

In early 2006 I discovered that the man who I thought loved me had been cheating on me, and while it was an unhealthy relationship, I was hurt by it and so I turned to my friends for support. The friends I had chosen were the kind of people I knew I needed to stay away from, but I chose to embrace them. The things I chose to spend my time doing are not things I am proud of. I found comfort in things like alcohol and sex. After a relatively short, but no less destructive, stint living a life completely void of God, I found myself staring death in the face.

In 2006 I was hospitalized with double pneumonia. The doctors were not very hopeful of my recovery. I was placed in ICU and my family waited. It was at this point that I was introduced to The Salvation Army. An officer at DHQ offered my mom a job she had interviewed for as a service center director. She told him she couldn’t accept the offer then due to the dire situation we were facing. The officer said the job was hers and he would hold it for her because he believed it was a God-ordained position for her. He called daily to pray with my family and I eventually got better. My mom took the job, and I went to assist her. In doing that I ended up working at Camp Grandview.

God grabbed hold of me that summer of 2007, and I grabbed hold of him and refused to let go. I saw who I had been, but more importantly I saw who I could become. And that is what I longed for. I was surrounded with new friends who loved and encouraged me. Through the incredible ways of God, I ended up assisting at the Griffin Corps for the same officer who befriended my family when he could have just accepted my mom’s no. I was able to see the Army in all that it does, and I knew this is where God called me to be. It was when I went to Texas for disaster relief that I truly understood that God was calling me. He placed people in my life on that disaster team who helped me realize my true potential. He revealed to me that I would one day have red on my shoulders and that I would serve him the rest of my life.

God also helped me see the positive influence I could have on those around me. He has challenged me to be the kind of person who never meets a stranger, who has a word of encouragement for everyone and who is willing to risk themselves for others. And to think, I get to spend the rest of my life doing this for God as a Salvation Army officer, because … I am a Friend of Christ. 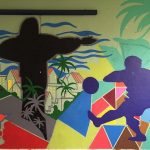 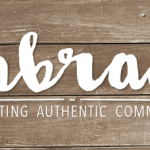 Embrace Launches in the South
Scroll to top