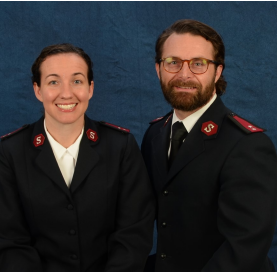 The work began in 1883 and has faced many difficult situations over the years getting established on solid footing. The Army re-established a presence in January 2008 and received official recognition in March of that year. 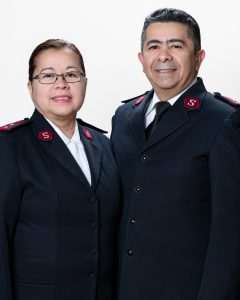 In May of 1971 the work was begun in Spain and in July of that same year in Portugal. From the start, the social work was recognized but in 2009, became established and recognized as a church by a decree from the Minister of Justice.

The Gonzalez’ last appointment was as CO’s of Winston-Salem (Citadel), NC. Major Alan writes the Spanish page in the War Cry. 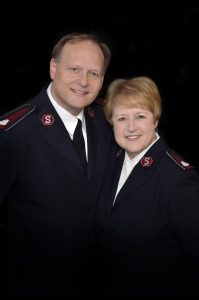 In 1895 a small group of pioneer officers from Britain arrived to start operations. In spite of difficulties, the work was soon established.

Colonel Steve was born in Japan while his parents were serving there. They returned to the US Southern Territory when he was 11 years old. Colonel Wendy is from New York. She left there to at-tend Asbury College, where she met Steve. They were commissioned in 1993 with the “Heralds of Jesus” Session. Most recent appointments were as Territorial Secretary for Personnel and Territorial Secretary for Officer Development. Their son, Andrew, is a student at the University of Georgia, and their daughter, Angela, is married. 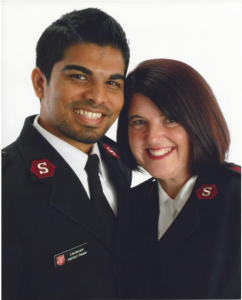 Two Christian Mission converts pioneered the work in Australia in 1880 and it was organized into two Territories in 1921. 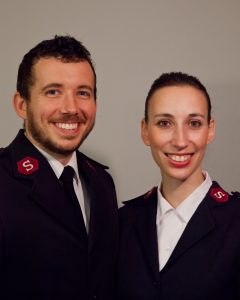 The flag was unfurled in 1887 but had to be removed. In 1893 the work was re-established and was recognized as a charitable organization. It wasn’t until 2009 that it received legal status as a religious body. In 2011, Greece became part of the command.

Captains Welch entered training from Winter Haven, FL and were commissioned in 2012 as Corps Officers in Ft. Walton Beach, FL. Jessica is originally from Italy. 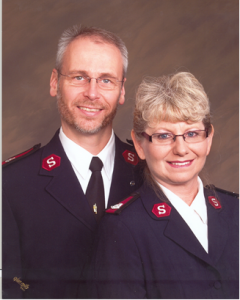 Since December 1971, The Salvation Army has enjoyed full legal rights and has been permitted to carry on its work without hindrance. Spain is a Command with headquarters in Madrid.

Previously the Zimmerers served in Germany, Spain and Scotland. Dieter was born in Germany, but trained to be an officer in the South. Their last appointment was as COs in Greenwood, NC.