Approximately five years ago, Christina Roberts began volunteering at the Memphis Salvation Army. It was a way for her, and her children, to help the community. At the time, her children were in high school, and she was looking for ways to keep them engaged in beneficial activities.

Her son, Preston, had dreamed up an idea for his school’s Civic Service Organization, but the school took a pass. So, Roberts pitched it to the Salvation Army Women’s Auxiliary and Ellen Westbrook, the Army’s development director in Memphis, and the GPS Squad was born.

“GPS stands for the three ways you can serve The Salvation Army – giving, praying or serving,” said Roberts, who is now the rising president of the auxiliary. “You can do one, two or all three. It’s a way for families or friends to get together and serve side-by-side. Also, we have them use a GPS device to figure out where we’re going to be next.”

The squad started with a core group of youth and their families and has grown to approximately 500 people on an email list (though she notes some of those are family duplicates, with parents and children both signed up). The teen volunteers represent schools from across Memphis.

“God has bigger plans than what we had in mind,” Roberts said. “We’ve been doing it for three years, and we’ve had raging success with getting people involved and knowing what The Salvation Army is besides the red kettles.”

A big part of the GPS Squad’s work involves the Memphis Salvation Army’s Purdue Center of Hope, which houses an emergency family shelter, a shelter for single women and Renewal Place, a two-year residential recovery program for drug-addicted women and their children. There are around 125 people there every day, including 40 to 70 children.

“We go one Sunday a month and put on a Family Fun Night,” Roberts said. “We’ll do things like cookie decorating and games, movie nights and dance parties or bingo. It’s just a way for the moms to let their hair down and relax and their kids to just have fun. That’s what we’re there for – to have fun.

“There’s a big parking lot, and twice a year – the Fall Festival and the Spring Carnival – we’ll use the [Salvation Army’s] mobile canteen to have a cookout, with a bouncy house and lots of games.”

The Family Fun Nights are so popular they’ve expanded to include the Kroc center, the Army’s large community center that offers physical, mental and spiritual enrichment. Here, the GPS Squad has helped with the Easter Extravaganza (where more than 12,000 eggs are dropped from a helicopter onto the center’s soccer fields) and its anniversary celebration.

In the summer, the GPS Squad is the volunteer staff for Camp Hope, a day camp for children staying at the Purdue Center, started by children’s case manager Roberta Perry as a replacement for the canceled Shelby County Schools summer day camp. At Camp Hope, the children enjoy a day of fun educational activities while their mothers look for jobs or otherwise help their families.

The GPS Squad has also helped at the Angel Tree warehouse, as well as gift wrapping (as many as 850 gifts) and stocking stuffing for the 125 men and women at the Memphis Adult Rehabilitation Center.

“We never know where we’re going to be next or what we’ll be doing. We go in a lot of different direction,” said Roberts, who is still involved with the squad, even though her kids have both graduated and gone to college.

Being on the GPS Squad and helping children has had a big effect on the teen volunteers, she added. Many of them attend private school, and volunteering “makes them think outside the box of their little, perfect world.”

“To watch these teenage volunteers is fascinating. They are growing as much as the kids in the Purdue Center, who are seeing these familiar faces coming back and looking at them as role models. They’re building these cool relationships.” 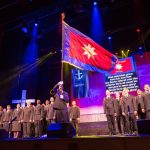 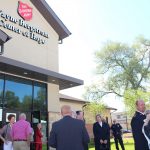