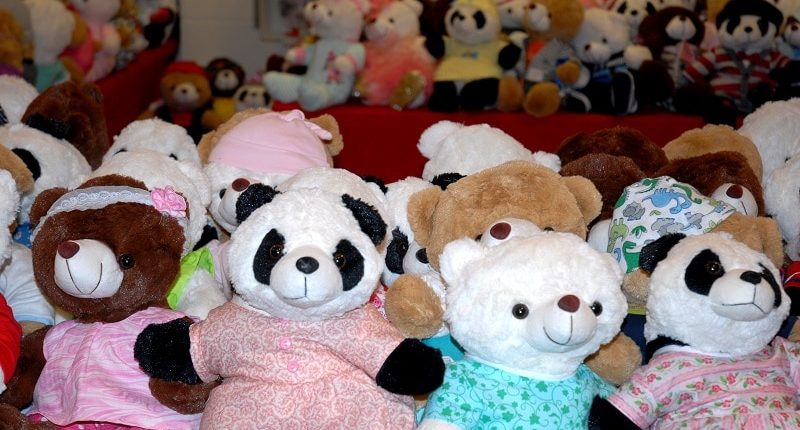 In Manatee County, No Two Bears are Alike

Volunteers have dressed teddy bears to give to Angel Tree children for 20 years in Bradenton, Florida, and The Salvation Army’s Manatee County Corps has things down pat.

More than 100 workers are enlisted, nearly 350 stuffed bears are handed out, and directions are given to bring back the stuffed animals, clothed, in time for the party for Angel Tree families and the distribution of the bears and other gifts in December.

Yet last Christmas, something unexpected happened. The corps found itself with 25 unclaimed bears. Where to find more volunteers? Members of the women’s club at Golf Lake Estates, a 55-plus community, had an idea.

“The volunteers gathered the extra clothing and extended the joy by taking the extra bears and outfits to a nearby assisted living facility” for seniors, said Kelly French, corps director of community relations and development. “The bears were placed on tables with dolls’ clothing, and residents could select which bears and outfits they wanted to use.”

To everyone’s surprise, French said, “the assisted living residents loved holding and hugging the bears. They received so much joy in their afternoon of dressing and hugging bears that the Golf Lakes volunteers are making this an annual event.”

Jennifer Underwood, an HR generalist/program assistant who runs the teddy bear program, said the corps gets undressed bears every fall and distributes them to women’s clubs, a lung center in Bradenton, a local church and individuals.

The Golf Lakes women take the most – 125 bears, including 24 for the assisted living center – while an energetic retiree, Bobbie Miller, takes 60. Participants are free to use off-the-shelf dolls’ clothes, but some, like Miller, prefer sewing their outfits.

About 1,000 children participated in the Angel Tree holiday tea party Dec. 7 (a separate event, for the Adopt-a-Family program, took place the next day for another 1,000 kids), and 344 bears were given to youngsters ages 3, 4 and 5.

No two bears are alike when they come back. “Each bear takes on a personality of its own,” Underwood said, “and each child has his or her own personality, so the bears match up well with the children.” 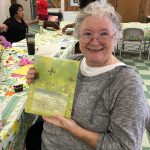