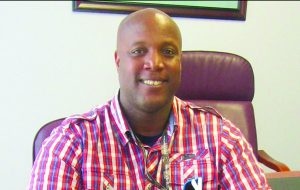 Just a few months ago, Ray Kinder could not imagine being clean, being out of jail, being hopeful. When you look at Kinder today, you could not, for one minute, imagine him being anything but.

Kinder grew up in a church-going family, but all was not right. His father was a career criminal, coming and going from prison. When his father was not in jail, he was abusing his mother and modeling the alcoholic lifestyle. He eventually ended up with a life sentence for armed robbery. People would speak over Kinder that he would be just like his dad. It had its effects.

Kinder was in juvenile detention 12 times. He got addicted to drugs in middle school and continued to make bad choices for the next two and a half decades. He was in jail, some maximum-security ones, 23 times. Each jail time was just a pause from his crack addiction, and the pause button would be reset when he got out.

“My reality was too hard to take,” he said. “I knew how much pain I was causing my mom, my family. It just pushed me deeper into addiction. It was the loneliest, most isolating, tumultuous nightmare. I was just a zombie that didn’t care about anything. I stepped off the cliff into hopelessness.”

Last year, while out on bond, Kinder went to visit his aunt. He was totally out of his mind, high and incoherent. His aunt called the police, who took him to First Step. While at First Step, he learned of The Salvation Army. He was sick and tired of being sick and tired, and he was willing to give the Army a try. When Ryan from The Salvation Army in Sarasota, Florida, came to pick him up a few days later, Kinder’s brain told him not to get on the bus. He said something, maybe God, pushed him to get on the bus.

Ryan told him everything was going to be OK, this was a new beginning for him, and he was going to find his purpose and a plan. Ryan was his first exposure to the love and acceptance that he was about to receive.

During December, Kinder volunteered to help pick up Angel Tree gifts and said he “overdosed on the love” that was shown to him at each location. He also realized that at The Salvation Army, he was surrounded by people who truly understood him and
his addiction. He was also among other people who were just like him. He “was not as unique as (he) thought. They showed me there was a way out I could never see before. There is a reason they call this the Center of Hope; I do have hope now.”

Kinder is taking things one day at a time. He remarked that “The Salvation Army gave me my hope back; it saved my life. If God can do this for someone like me, he can do this for anyone.” Kinder is protective of the “precious and valuable gift he has been given and is not going to give it up.”

The biggest challenge for Kinder now is employment. He will commence soon and is praying someone will give him a chance.

His advice in the meantime for others like him: “If you think for one second that your life is gone and you’ve tried everything else in life, but it never worked for you, there is a place, and the name of this place is The Salvation Army. If you are truly ready to live, give this place a try.” 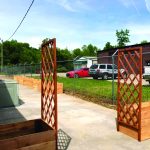 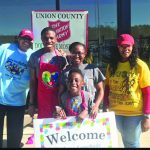 El Dorado, Arkansas, connects with the kettle
Scroll to top