Proof that hope is very much alive became evident after a phone call from a South Carolina elderly woman who felt she was at the end of her rope. Captain Wanda Long, Beaufort corps officer, took quick action to extend that woman’s rope with a measure of hope.

“The lady had called one of our partner agencies, and she sounded very depressed,” Captain Wanda said. “She told them she felt so alone, abandoned by her family, and that she believed only suicide would bring her relief.”

The agency first called the police to do a wellness check on her. The second phone call was to Captain Wanda, hoping that a visit and delivery of a food box would help.

Captain Wanda was given the wrong address and she panicked a bit when no one came to the door. Fearing that perhaps the woman had hurt herself, she became a bit frantic herself and called the agency. The error was quickly discovered, and Captain Wanda was soon at the correct address.

“While trying to maintain social distancing, I didn’t intend to go inside her home,” Captain Wanda said, “but I could see what she desperately craved as human contact.”

The captain placed the food box on the lady’s table and sat a good distance from her just to have a chat.

“I prayed with her, and by the end of my time there she seemed much better. I told her that she was not completely alone – there are people who care for her and that she should reach out to us as many times as she needs.”

When it was time for Captain Wanda to leave, she naturally wanted to give the lady a hug but couldn’t, in order to maintain at least that measure of social distancing. “I’m a hugger,” she said, laughing. “It’s against my nature to not hug someone – especially a friend I’ve just met!”

Captain Wanda continues to check on the woman, whose address is just minutes from the corps building in downtown Beaufort.

“When this thing is over, I’m gonna give her the biggest hug!”

To compound the ongoing COVID-19 response the Army is conducting within the four counties of their ministry, an F3 tornado ripped through a portion of Hampton County. The storm was part of a system that raked many southern states on the Monday following Easter.

“Five people were killed, 20 are injured, and 50 families are displaced,” Captain Wanda said. “And the pictures are horrific.”

Despite not having a Salvation Amy canteen permanently stationed in Beaufort, the Longs and their staff and volunteers are doing all they can to meet that need as well as the prohibitive COVID-19 response.

“We’ve been taking a minivan-load of food there as well, and we are checking in on them every day to offer spiritual and emotional support.”

One thing we do have in abundance for distribution, she said, is hope! 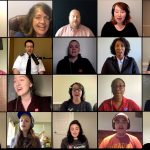 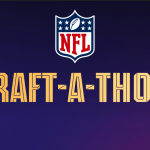 The Salvation Army calls on football fans across the country to help fill funding...
Scroll to top