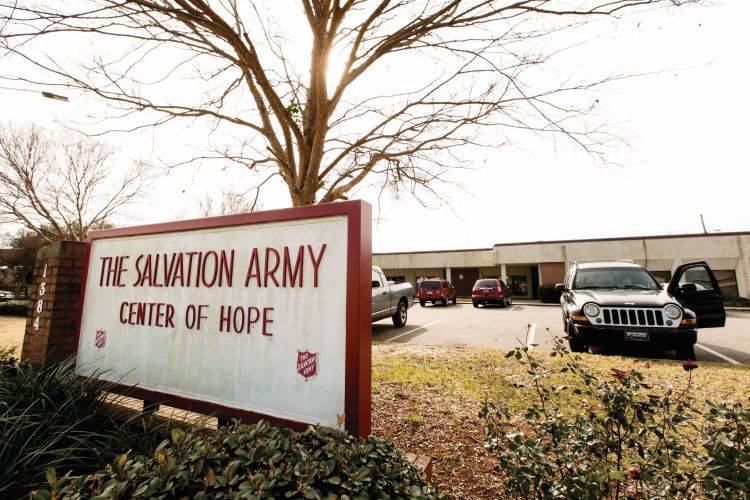 The Salvation Army homeless shelter at the Augusta, Georgia, Center of Hope is one of a number in the state that have been converted from overnights only to a 24-hour operation. The Georgia Division is using its $250,000 gift from the Lilly Endowment Inc. to support all-day shelters as they protect vulnerable residents from the novel coronavirus outbreak.

Helping families avert eviction, expanding homeless shelters to 24-hour operations, and other aspects of The Salvation Army’s response to the COVID-19 emergency got a big assist this spring when the Lilly Endowment Inc. awarded grants totaling $15 million to the organization.

A $5 million grant was dedicated specifically to help residents of Indiana, Lilly’s home state, and a $10 million gift was made to assist in the nationwide fight against the novel coronavirus.

“Across the country, our dedicated staff are going above and beyond to ensure that our neighbors have access to desperately needed resources, such as food and shelter,” National Commander Commissioner David Hudson said in a March 31 announcement of the Lilly gifts.

“This much-needed support from Lilly Endowment will allow us to meet those needs for millions of Americans, and we hope the support will boost awareness and inspire others to give as well.”

Before the COVID-19 outbreak, NHQ said, one in six Americans was already living in poverty, and more than 70 percent of Americans indicated they would have trouble meeting their financial obligations if they missed a paycheck. Now those numbers are expected to increase with layoffs, salary reductions, food shortages and increased childcare needs brought about by the pandemic.

The national Salvation Army divided its $10 million equally among the four USA territories, with each territory getting $2.5 million.

Major Terry Israel, territorial secretary for the Southern Territory, said this territory’s share was divided 10 ways, with $250,000 going to each of the nine divisions and the Adult Rehabilitation Centers Command. The blessing quickly was put to good use.

The National Capital & Virginia Division, for example, is using its funds on long-term recovery efforts, with a focus on utility and rental assistance, said Greg Tuck, divisional development director.

Leadership in the Arkansas & Oklahoma Division dedicated their portion of the gift to helping people stay in their homes.

“In this time of national and global crisis, when millions have lost their jobs and tens of thousands of familys risk losing their homes … this Lilly Foundation Grant came at the right time,” said Lt. Colonel Allan Hofer, AOK divisional commander.

“In times of need, many people know to come to The Salvation Army for their basic needs,” Lt. Colonel Hofer said. “Thanks to this great grant from the Lilly Foundation, we are able to pay the mortgage and rent of many families, thus buying them more time from becoming homeless and, hopefully, to become financially stable again.”

The Georgia Division was facing unanticipated costs when the governor’s office in March asked The Salvation Army to open its 12 shelters 24 hours a day, seven days a week, to safeguard the vulnerable homeless population from the disease.

“This has required additional staff, food, security and cleaning, as normally all residents are required to leave the facilities as they look for employment or attend school or other classes and training to move them to stable housing and employment,” said Captain Philip A. Canning, Georgia divisional secretary.

“These funds will help these units with the funding critically needed as these additional programs and services were not in the FY 2020 budget,” Captain Canning said. “The Salvation Army is grateful for the many partnerships, collaborations and funding needed to match this grant and enable officers and staff to advance the mission of The Salvation Army.”

The Lilly Endowment was founded in 1937 to promote and support religious, educational and charitable endeavors, and it has supported The Salvation Army for more than 70 years. In recent years, it has been a significant funder of the Army’s work to help low-income families break the cycle of poverty through the Pathway of Hope initiative. 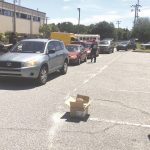 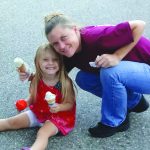