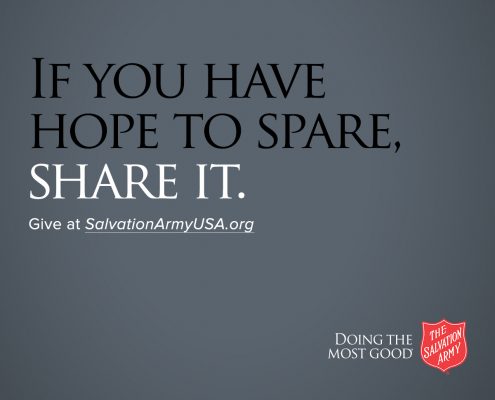 In July 2019, Salvation Army officials in Washington, North Carolina, could not have realized that a hot lunch feeding program for students out on summer recess would be the very thing needed throughout the coronavirus outbreak of Spring 2020.

“We opened as a summer feeding site, and the children ate in our fellowship hall,” said Major Karl Bush, Washington corps officer. Then, as now, meals are prepared by the county school system and brought to the corps building for dissemination. “Currently, with COVID-19 concerns, the county brings the food (to us) and it is distributed at a safe distance as families and children walk up or drive up.”

Major Karl reports that as of mid-April, some 4000 hot meals have been served to school-aged children and their families.

“In addition to the hot lunch every day, we give each student breakfast for the next morning, and on Fridays, they get breakfasts and lunch for Saturdays and Sundays,” Major Karl said.

On most Fridays, 700 meals are given out to last each child through the weekend. Weekday meals average about 200, he said.

The only difference between what was begun last summer and what is currently happening during the COVID crisis is that the meals are served outside at present.

“Two nutrition specialists are with us every day, provided by the county school system. Also, every day at least one of our advisory board members are on hand to volunteer with the feeding.”

There is a second front of COVID-related service which derives from work done in 2019. Food boxes left over from Christmas distribution are now given to seniors who are either shut-in or self-quarantining. That resource has dwindled, and Major Bush and his staff are finding new ways to keep up with the needed demand.

But it isn’t easy.

“In the first full week of the crisis, I went to Walmart to buy supplies (for distribution) and there were no dairy products, no meats, and very few other necessities we normally include in a food box.”

Throughout these last few weeks, his staff has had to shop early in the day to get what they need. By afternoon, there’s not much left on the shelves for certain items.

The major said that most seniors have other health issues, such as diabetes or heart disease – so his staff is adjusting to carefully meet the needs of the individual by packing healthy items, including fish, chicken and fresh produce.

Out of necessity, the Army in Washington is addressing the colossal need while figuring out how to pay for all of this later.

“We have no large foundations in our six counties (Beaufort, Hyde, Tyrrell, Washington, Martin, Bertie) where we could apply for a financial grant,” he says, “and we struggle to get help from outside organizations.

“Right now, our expenses are far outweighing our income. So, we’re pretty much dependent on local support – which is coming in, but it doesn’t feel like its soon enough!” 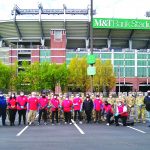 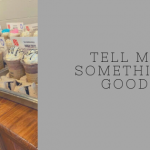 Tell Me Something Good
Scroll to top