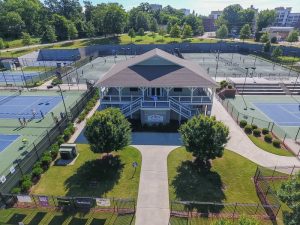 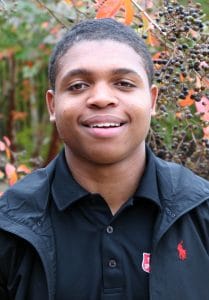 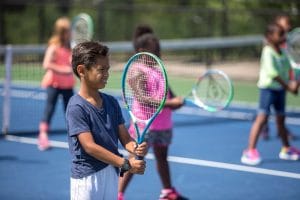 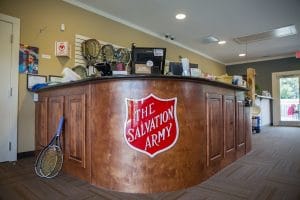 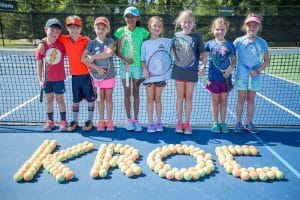 How a Kroc Center Uses Tennis to Reach its Community

After spending most of his childhood being shuttled around Alabama from one foster home to another, Dalton Dansby at age 12 found himself with a new family, in a new home, in a new city and state – Greenville, South Carolina – hanging around a place called the Ray and Joan Kroc Corps Community Center. He’d shoot baskets and work out on the exercise machines. One day, he spotted a group his age being introduced to a game called tennis. He immediately joined in, even though no one knew him. “We thought he was with the kids, the kids thought he was with us – it was really funny,” said Patty Lauritzen, manager of the Tennis House at the Greenville Kroc Center. “This kid turned out to be a good tennis player.” More importantly, the Kroc Tennis Center – a nationally renowned, award-winning program – gave Dalton direction and purpose. “When I first came here, I was an impatient person,” said Dalton, now 17. “Ms. Patty helped me to be more patient and relaxed. … It helps me to be social, play sports and (learn) sportsmanship.”

Dalton’s story is one of many examples of The Salvation Army in Greenville using tennis to reach the community. It’s showing less privileged young people and their families that the sport isn’t just for the wealthy, but for everyone – and, in the process, introducing them to the Kroc Center, after-school programs like its Boys & Girls Club and other initiatives. The inspiration to focus on tennis at the Kroc came early to Greenville community leaders including Steve Cook, who served as tennis director for five years and is now the Kroc director, and Bobby Austell, a retired banker and high school coach. What resulted was, for a Kroc Center, an unprecedented 17 courts across seven acres. They’re staffed by eight certified teachers and dozens of volunteers. “Other major cities may have huge tennis centers or community tennis centers, but Greenville didn’t have one,” Lauritzen said. “We had parks, onesie-twosies, a couple of tennis courts here and there, but no one place where people could gather and play that wasn’t a country club. This filled a need in the community.”

The Kroc Tennis Center opened in July 2011 – two months before the grand opening of the Kroc Center itself. Yet for a young facility, it is now the largest league program in South Carolina, with more than 200 teams annually. It hosts adult and junior tournaments in the spring and fall, respectively. The United States Tennis Association named it the 2014 National Facility of the Year; the South Carolina chapter gave it the state award in 2015. This past fall, Lauritzen accepted a Beacon of Hope Award at the National Kroc Conference for bringing hope to people most in need; and Anibal Braga, the Kroc’s director of tennis, was named the 2017 U.S. Tennis Association South Carolina Professional of the Year.

A native of suburban Philadelphia, Lauritzen worked for more than 20 years in mortgage banking, moved to Greenville in 2005 and served on the board of the Upper Piedmont Tennis Association. She got to know people who saw tennis as a potential bridge between the area’s historically segregated white and black communities, and one urged her to come work for the Kroc Center.

Braga came to the U.S. from his native Brazil in 1992 to play college tennis at Auburn University. He earned a master’s degree in business administration at Auburn, and was an assistant tennis coach at Clemson University for three years and director of tennis at the Green Valley Country Club in Greenville for nine years before coming to the Kroc Center. Young players who have come up through the program also have won recognition. This fall, Braga said, “five of our players who have been with us pretty much from the opening were on the state championship teams – at Greenville High School in the 4A division, and Christ Church Episcopal School in the AA division.”

The Tennis Center is at 205 Gibbs St., across a creek and a park from the main Kroc building; both are just outside downtown Greenville. There’s a two-story tennis house with lounge, shop, offices and racquet-stringing service; and, outside, eight hardsurfaced courts, eight clay courts and a stadium court with spectators’ seating. The center offers private lessons and clinics, adult boot camps, junior clinics and summer camps, USTA Junior Team Tennis, USTA Leagues and Tournaments, men’s and women’s programs and wheelchair tennis. It has more than 700 individual members and in October had 5,584 players on its courts. It also serves about 600 children ages 5 through 18; about half participate in youth clinics. They come from the Boys and Girls Club and from local public and private schools. Monthly membership fees are $15 to $23 for youth, $55 for adults and $95 for households. Discounts are available for single-parent households and seniors, and scholarships, for children whose families can’t afford the fees.

“We serve the entire community, from the have-nots to the haves,” Braga said. “The idea of serving and meeting the needs of people in the name of Jesus, without discrimination – that’s really what we do. We teach character to the children, and I think to the adults by example.” Young players learn about being positive and appreciative, and hard work and determination. “Everything we talk about relates to school and life,” Braga said. “For example, honesty – in tennis, the players make their own calls: Is the ball in or out? We emphasize honesty on the tennis court and in life. Whether people are watching or not, we have to make the right decisions.”

Lauritzen posts daily Bible verses on a white board in the tennis house. On a recent day, it’s Psalm 39:7: But now Lord, what do I look for? My hope is in you. One favorite is (inevitably) Psalm 100:4: Enter his gates with thanksgiving, and his courts with praise. The Book of Proverbs also has been a source of useful admonitions. The ultimate goal is to overcome cultural obstacles that divide people.

Some populations in the community may be more into football or basketball, Lauritzen said, “and think tennis is just a country club sport – and if you’re not in a country club, you won’t have the opportunity to play. “We’re trying to communicate that tennis is for everyone,” she said. “All we need to hear is that there’s a young child or group of children interested in playing, and we contact them and get them rolling.” Children like Dalton. Two grades behind his peers when he came to South Carolina, he’s since earned a GED and now works in food and catering for the Kroc events department. Dalton made a decision for Christ when he was 9 and credits the people in the tennis program with helping him keep connected with his faith. “Being around positive people most of the time makes me want to be more like them,” he said. “They helped me get to where I am now.” 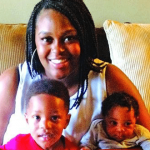