After a long day at work, where he earned $1 a day for hard manual labor, Brown was sitting at a cafe when he heard the beating of a drum and a Salvation Army preacher calling out to all to come to an open-air meeting. He was impressed that someone was willing to brave the elements in a downpour and still beat the drum. He wanted to see what it was all about. Brown gave his life to the Lord that evening and went on to join The Salvation Army, becoming a banjo player in a Salvation Army band and serving at an Army outpost in Siloam Springs.

Brown later left The Salvation Army to pursue full-time evangelism as an itinerant Methodist evangelist, with his travels taking him across Arkansas, Kansas, Missouri and the Indian Territory. He would later found Southwestern Collegiate Institute, now known as John Brown University, a private, interdenominational, Christian liberal arts college. From the founding of the college in 1919, John Brown’s stated mission of educating “head, heart and hand” led to the development of a four-year university with three colleges: the academic, vocational and Bible colleges.

Over the years, John Brown University has impacted thousands of lives and shared the gospel of Jesus Christ. After celebrating Founder’s Day with the student body and catching a glimpse of history provided by John Brown III, Major Dan Matthews, Northwest Arkansas area commander, brought the message. Also, The Salvation Army presented a photo of its founder, a young William Booth, preaching in London. It displayed a scene much like the young John E. Brown might have experienced during his early interaction with The Salvation Army in northwest Arkansas. 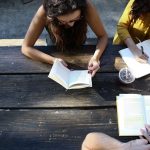