When organizers of the “Taste of the NFL” fund-raiser for hunger relief decided to launch a spinoff, they chose the Masters golf tournament in Augusta, Georgia, as the occasion – and The Salvation Army as their local charitable partner.

“Taste of the Master Chefs” brings accomplished chefs from around the country to Augusta. Each chef prepares cuisine reflective of the areas they’re from – New Orleans, Atlanta, New York and elsewhere – “undoubtedly the best food of the Masters,” said John Sebby, director of development with the Augusta Area Command.

“It was a huge success,” Sebby said the Monday after the 81st Masters and the first-ever Taste of the Master Chefs. The Taste, held Friday, April 7, drew 550 attendees – among them, the player who ended up surprising everybody. “Sergio Garcia visited our fund-raiser Friday and won the Masters on Sunday.”

“Sponsors loved it, guests loved it – all in all, a great event. The food was outstanding, just out of this world, and the chefs loved talking to our folks.”

The event’s inspiration was “The Super Bowl Taste of The NFL – The Party with a Purpose,” held annually on the eve of the big game in its host city; celebrity chefs serve up culinary samples to ticket-buying guests. The NFL Taste has raised more than $25 million over the last 25 years and has helped food banks feed 37 million Americans.

NFL Taste co-founder Wayne Kostroski, and chef Jose Andres, the 2011 James Beard Foundation Outstanding Chef, “decided to branch out and do a ‘Taste’ in Augusta,” Sebby said. “Thanks to our wonderful advisory board, key members got wind of this as they were researching the idea, and they suggested, ‘Why don’t you sponsor The Salvation Army?’”

The website for the first Taste of the Master Chefs, https://www.tasteofthemasterchefs.com/, promised 10 chefs and “an evening destined to become the most popular social event of the Masters tournament week.” The venue was the West Lake Country Club, five miles from the Augusta National Golf Club, home of the Masters. West Lake can accommodate up to 600 guests.

Here’s how “Taste” works: Tickets are $150 for general admission, $250 for the VIP reception. Funds also are raised through sponsorships and a silent auction.

At the VIP reception, attendees get one-on-one time with the chefs. Then, the main event has chefs at their cooking stations, with guests mingling or seated at high tables and chairs. It’s an evening made for grazing and chatting. Augusta Command officers and advisory board members can “just talk about the Army and the people we serve and the faith we share,” Sebby said.

Total revenues from this year’s event were being calculated as this issue of the Southern Spirit went to press. The proceeds primarily will go to Meals for the Needy, which provides 200 to 250 meals a day, 365 days a year, at the Army’s Center of Hope in Augusta.

“People show up at our door every day who are hungry – families looking for a bag of groceries to get by for the week, people at our shelter, people who are homeless, people who’ve run out of food toward the end of the month,” Sebby said. “The Salvation Army has always rolled up its sleeves to help people in need, and we’ve been doing that for 126 years in Augusta.”

It’s hoped the Taste will become a Masters tradition, with its fame growing year by year, sports and entertainment celebrities filling the tables and corporate sponsors eager to offer clients a Master Chefs experience.

“The nice thing about this is the Masters is always in Augusta, so they’ll be a long-term partner,” Sebby said. “I’m tickled that this will become bigger and better as they get their feet on the ground. That this will be an annual fund-raiser for The Salvation Army in Augusta is fantastic.” 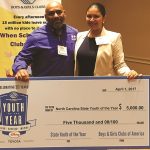 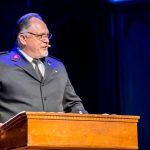