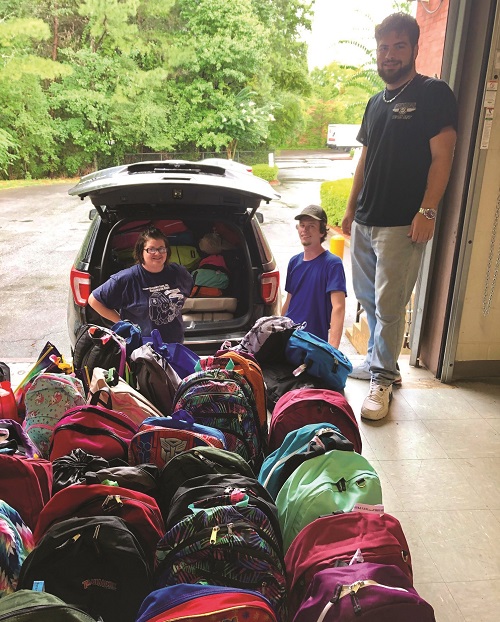 The story of how The Salvation Army in Atlanta, Georgia, this summer came to receive a gift of more than 200 children’s backpacks began about nine years ago when a social worker for the state flew to California to retrieve three children from an undesirable situation.

She met the children at the airport to take custody and noticed all their belongings were in a trash bag. The sight was so unsettling, the social worker and her co-workers quickly found an airport store and purchased backpacks and overnight essentials for the kids.

When everyone returned the following morning to fly home, “the youngest child, who couldn’t have been more than three years old, proudly carried her backpack that was almost as big as she was through the airport,” Misty Manus said.

The social worker later shared the experience with her mother, Debbie Gori. Gori’s response: “No one’s belongings should be put in a trash bag! Especially children’s!”

Yet Gori was more than indignant. She was inspired to take action.

Gori started Adventure Bags, a non-profit based in Winder, Georgia, whose purpose is to give children in traumatic situations a sense of security and comfort. It raises funds to buy backpacks and supplies; has volunteers fill them with toiletries, toys and other gifts; and works with nonprofits, child welfare agencies and others to give the bags away.

Gori, who passed away last year of cancer, was the founder and first executive director of Adventure Bags. Manus is her successor.

“We’ve served over 40,000 children across the state of Georgia and in 132 countries and partner with over 150 agencies – the (Georgia) Division of Family & Children Services, domestic violence and homeless shelters, and police and fire departments,” Manus said.

Adventure Bags recently gifted 208 backpacks to The Salvation Army Metropolitan Atlanta Area Command in Norcross, and 120 to the Lawrenceville Corps. The packs will go to children at the Red Shield Services shelter in Atlanta, the three Salvation Army Boys & Girls Clubs in metro Atlanta, the Haven Atlanta program for victims of human trafficking and the Lawrenceville Corps.

Each bag contains age- and gender-appropriate overnight essentials to get a youngster through the initial 24 to 48 hours of an emergency – entering foster care, losing their home to a fire, fleeing to a domestic violence shelter, or facing homelessness.

“Each backpack comes with items such as personal hygiene items such as shampoo, soap, a toothbrush, toothpaste and comfort items such as a blanket, a stuffed animal, coloring books and crayons and small toys,” Manus said. “Older kids might get Matchbox cars and army men, while the tween or teens may get playing cards, a Rubik’s Cube or a girl’s nail set.”

“We first distributed with The Salvation Army in January,” she said. “In August, we reached out and asked how they were doing with the bags and if they needed more. Donna (Roper) said they’d love to have more.”

“Adventure Bags is just fantastic to work with, they’re so generous,” said Roper, volunteer coordinator with The Salvation Army in Atlanta. And when a child receives one of its backpacks at a food pantry or during the intake process at a shelter, “they’re very excited. It’s such a comfort for them. The bag gives a child a sense of ownership, that they have something that’s theirs.”

Kristie Wood, office administrator at the Red Shield shelter, said the Adventure Bags are a blessing to children who, due to the transient nature of homelessness, may have had to leave all their prior possessions behind. “The children who received the bags were all smiles!”

For information about Adventure Bags: https://adventurebags.org/ 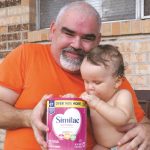 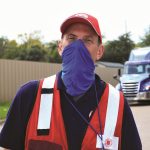