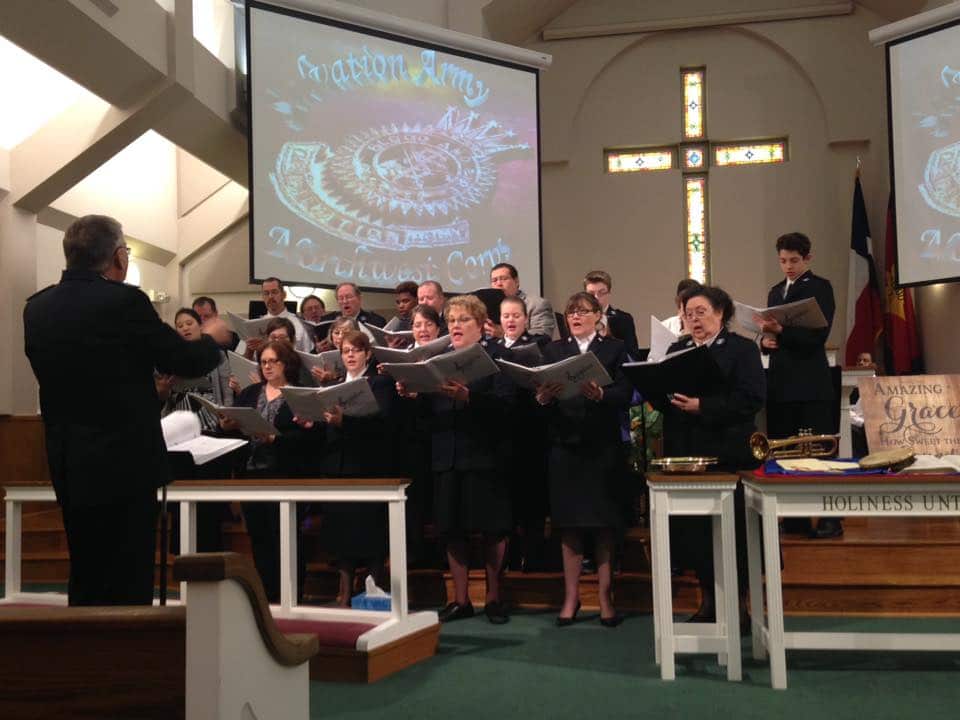 Christopher Priest was the special guest for the Houston Northwest Corps “River of Praise” music weekend. Musical sections from across Houston Area Command were also invited to participate in Band, Songster, and Praise Team gatherings.
Thursday night kicked off the long weekend with sectional rehearsals for Band and Praise Team. Karen King led the Praise Team introducing “Joy of the Lord” by Rend Collective and “Flawless” by MercyMe. Bandmaster Dunn introduced our special guest. The evening closed with a devotional by Chris. He reminded us to continually to offer our talents as a gift to the Lord. Members from Houston Temple and Aldine Westfield also joined in the twenty-five piece band. A new arrangement of “They Need Christ” by Peter van der Horden was introduced and a march by Nicholas Simmons-Smith “Good Old Army” was played.
The following evening began with the gathering of new and current members of Songsters welcomed by Songster Leader Kathy Farmer. Christopher Priest introduced three of his compositions. “River of Grace” which he originally wrote for his first visit to TMI, is a fast-past nod to the West and a fun rendition of “By the pathway of duty”. “Spirit of Power” is a lovely song leading with the lyric line of Come, thou almighty King, help us Thy name to sing. We finished the rehearsal with the introduction of “Ask Him For the Way” with the catchy chorus Offer Him praise and pow’r, follow Him every hour, Ask him to give and to guide each day.
A highlight for the weekend was on Saturday, Chris had time to share his testimony and life story. It was interesting to see how the Lord had led him through choices and decisions, and sometimes simple moments of opportunity.

Christopher Priest was the first Territorial Songster Leader and a key part in organizing the group. This year, the group celebrates its twenty-fifth anniversary. He was also an original member of the popular “Spiritual to the ‘Bone” ensemble. For many years, he also played in the International Staff Band and oversaw the publication of “Sing Praise” for Songster brigades. Chris is now the Territorial Director of Communications and oversees the Salvation Army Today program which features organizational news from around the world.

Although there are great accomplishments in his life, he also reminded us of the sacrifice, dedication, and commitment often required. As the presentation progressed and he led us through his spiritual journey, Chris reminded us at each step of God’s faithfulness and a reminder to be ready to hear the Lord.
Sunday was a full worship service, supported by special guests Majors Anthony and Elizabeth Juliana, Divisional Secretaries for Program and Women’s Ministries. Major Juliana spoke from Acts 16 on the theme “Chain Reaction.” Musicians were blessed and encourage throughout the weekend.

Christian Recording Artist Lara Landon to Lead Worship at We Will 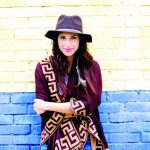 #NationalSalvationArmyWeek Around the Territory
Scroll to top