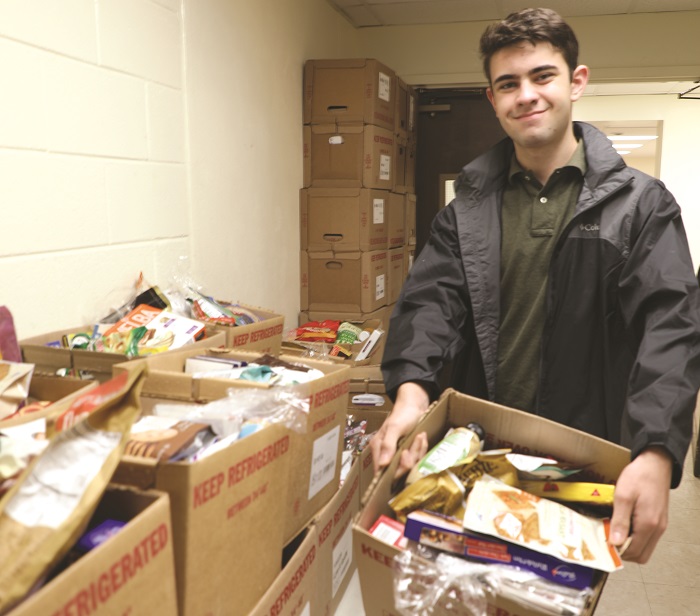 Jordan Reaves is a junior attending North Hendersonville High School in North Carolina. But with the onslaught of the COVID-19 crisis, both his school and the store where he worked shut down per orders from the state’s governor.

Sitting at home, he soon realized he was bored and needed something constructive to do.

“I was still studying online, but I still had a lot of free time – too much, in fact,” Jordan, said. So, he decided to volunteer somewhere to help his community cope with the effects physically and psychologically because of the coronavirus.

“My grandmother used to work at The Salvation Army years ago (in the Missing Persons Department at THQ), and I know something of the Army and what they do, so I called the local corps,” he said.

Emily Sherlin, social services director, answered the phone at the Hendersonville Corps. Emily quickly accepted Jordan’s offer to volunteer as much as he was needed.

“He also did a lot of menial stuff around the corps building, like cleaning toilets and trimming bushes,” said Major Brian Gilliam, corps officer. “Jordan really did anything we asked him to do!”

“It felt so good everyday to see the relief on people’s faces when we helped them,” Jordan said. “I knew they were happy, and that made me happy.”

Jordan said that he will especially remember one client’s response when he handed a food box to the young mother.

“She tearfully looked up at me, and it was a very touching moment for both of us,” he said.

“Jordan is quite refreshing, in that he sought out an opportunity to serve people in his community,” Major Gilliam said. “Such character and self-motivation are rare these days. I am encouraged by his thinking of others beyond himself, especially with his work ethic and willingness to do whatever is needed.”

Jordan’s plan after graduation next year is to attend medical school at Duke – possibly with a future in surgery, “because I like to work with my hands.”

Where pandemic isolates, The Salvation Army steps in 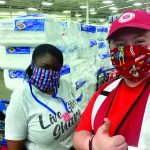 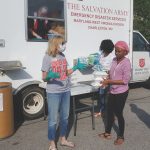