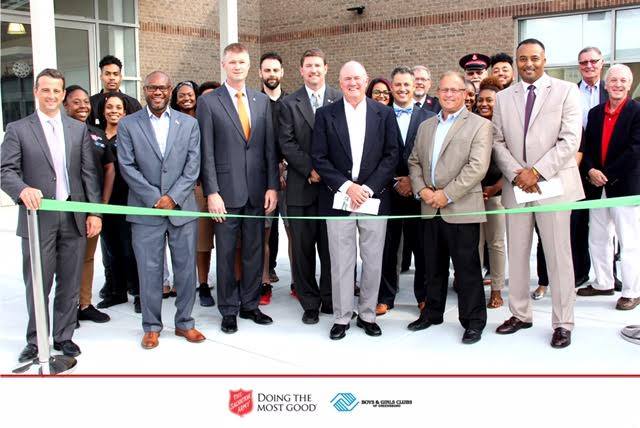 The Salvation Army of Greensboro, North Carolina, unveiled the new Royce and Jane Reynolds Center for Worship and Service and Boys & Girls Club with a weekend of grand opening events Sept. 16-18.

The new center was built on the site of the Price School, the first school for African-Americans in the city, in historic Warnersville, a community formed by former slaves. The significance of the proposed facility led to delays in the project as nearby residents fought for the preservation of the historic building, which had been vacant since the early 1980s.

Nemin Chander, Salvation Army director of operations, cited the community’s initial lack of support as a major obstacle to which he responded by hosting town hall meetings at the existing corps and Center of Hope, creating a dialogue with the community.

“We did studies to see if we could repurpose the Price building, but there were a lot of issues, including asbestos, which were just so bad that we had to demolish it,” he said. “We do recognize what happened here, we recognize the history – what better to continue that legacy than with a Boys & Girls Club serving this community’s kids?”

The new Boys & Girls club was the focus of the capital campaign which raised more than $7.6 million for the 45,000-square-foot facility which features a gymnasium, full restaurant-quality kitchen, preschool, music and arts classrooms, game room and chapel. It will become the main Boys & Girls Club in the city and will double the existing capacity from 120 to 200 local kids and teens.

Chander hopes that the new location will also bring in students from the city’s eight colleges and universities, many of whom live in nearby student housing, to serve as volunteers and teachers.

“I think in today’s day and age, you can’t be a nonprofit that does not collaborate,” he said. “It’s just the right thing to do, but also our donors and funders love to see that, and it brings the whole community together.”

The weekend’s festivities included a Friday afternoon ribbon-cutting ceremony for donors and local media, a Saturday afternoon community festival on the football field and a Saturday evening music and arts festival featuring the North-South Carolina Divisional Band and Songsters. Several former Greensboro corps officers returned to the city for this special event, including Majors Paul and Karen Egan, who were the officers when the project began.

In the dedication service held Sunday morning, Commissioner Don Bell, territorial commander, spoke of his hopes for the building and the community it will serve.

“We want to serve people helpfully to help them change their lives,” he said. “I encourage the corps officers here to open the doors between The Salvation Army and the Boys & Girls Club, and I ask all of you to love people in this community exactly as they are.”

“Ninety percent of the kids we serve live in a two-mile radius of this building and our capacity to serve them has doubled,” he said. “Out of this earth, a beautiful building has risen and God is going to do great things here. I don’t know about you but I see hope rising.” 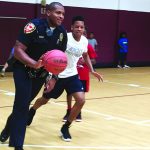 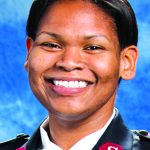