The first main session of the 2017 Commissioning weekend featured the premiere of the choreodrama and immersion experience, “Godspeaks.” Attendees packed the sanctuary of the Atlanta Temple Corps, standing against walls and hovering in hallways to witness the live event.

Written by Commissioner Debi Bell and directed by Bethany Farrell, territorial creative arts director, the Friday, June 2 performance starred Salvationists from every division of the Southern Territory, hand-selected by Farrell for their passion and commitment to the project.

Godspeaks related Biblical stories from Creation to Pentecost that demonstrated how God, Jesus and the Holy Spirit have spoken to us, in us and through us. All dialogue and narration were lifted directly from the Voice translation of Scripture; the only words spoken were those spoken by God.

“I wanted people to consider how God has spoken to us in the past, how he is speaking to us now, and what we should do about it,” Commissioner Bell said. 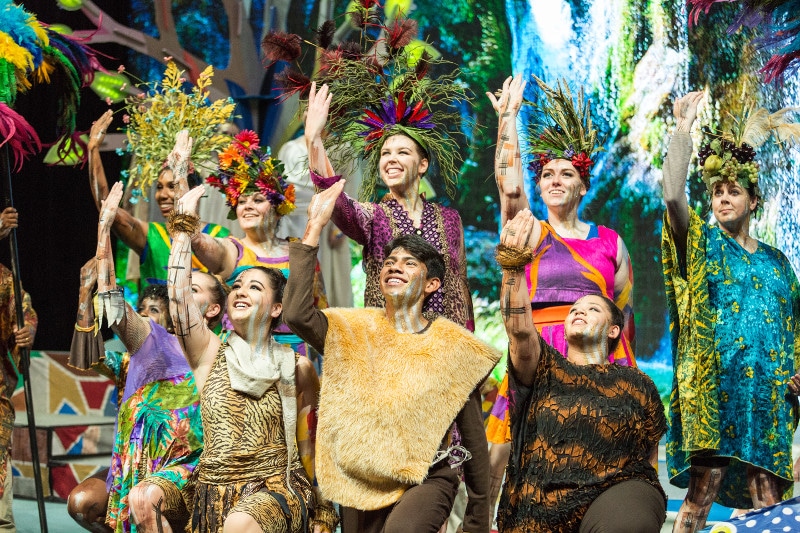 Commissioner Bell, Farrell and assistant director Amber Hood, former creative arts director from the Greater New York Division, assembled a crew that supported that goal and a cast that beautifully executed that vision – with only four days together before the big show.

From the outset, the directors were intentional about selecting people of different ages, genders, races and abilities, including officers, soldiers and employees. The youngest cast member was 15-year-old Luis Vijil, and the oldest, 55-year-old Captain Mike Michels, a member of the Southern Territorial Songsters but not an experienced actor.

“I wanted to pull together people with a passion for the arts who don’t often get to participate – not necessarily the best, but those who care the most,” Farrell said. “Everyone has something beautiful to offer. It doesn’t end when we become adults, get a job or because someone else can do it better.”

Hood added that she wanted “to start a grassroots movement of bringing people back into the arts who have been estranged, reminding people that the arts are accessible to all ages.”

Several divisional creative arts directors also performed, including the Arkansas-Oklahoma Division’s Kaitlyn Hardiman, a dancer who embodied the Holy Spirit and dominated every scene she was in with graceful movements and a commanding presence on stage. 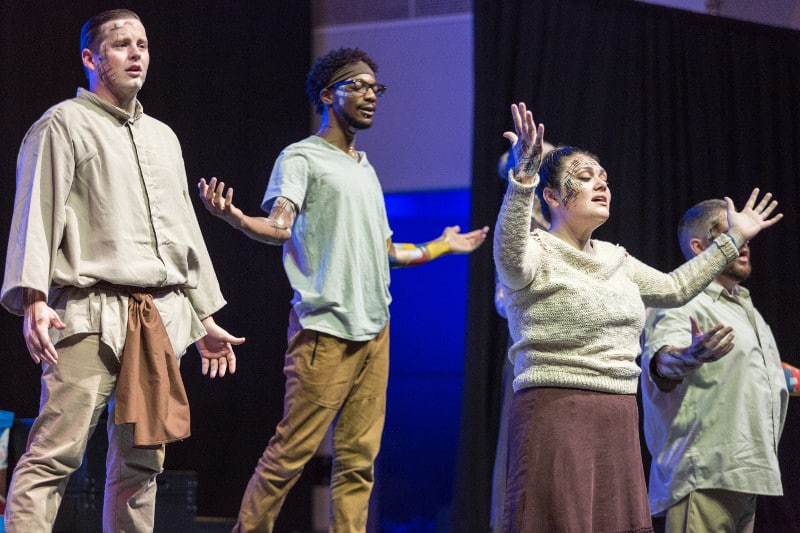 The 21-member cast arrived the evening of Sunday, May 28, and began learning the choreography for the 90-minute show the following morning. They had two days to learn and two to rehearse before performing Friday evening.

Despite the pressure, Farrell said the week went by seamlessly. She seemed calm as she arrived at the show with her husband and young daughter. They sat in the balcony to watch the months of hard work unfold.

“This show is so powerful. It’s art in its richest sense, all for the glory of God,” she said, just before it began.

When the sanctuary lights grew dim at the 7 p.m. show time, the cast entered, softly singing “Prepare Ye the Way of the Lord,” and hundreds of people fell silent to hear the Word of the Lord.