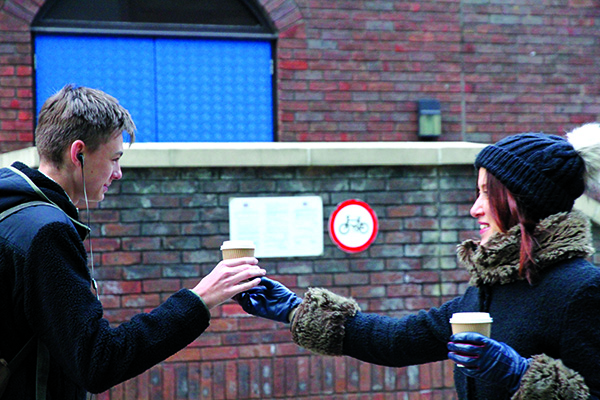 As a symbolic act, the launch of The Whole World Mobilizing – the international Salvation Army initiative to encourage and enable Salvationists and friends to engage more closely with their communities – could not have sent a clearer message. The event was not a gathering in, it was a sending out – a time of vibrant worship that spilled out from International Headquarters onto the streets of central London, where passers-by were swept along by a wave of joy and praise.

General André Cox explained that The Whole World Mobilizing follows in the footsteps of the international prayer and Bible reading programs that were linked to the Boundless international congress in 2015. In a way, he said, the Mobilizing initiative is the legacy of the congress, which emphasized the urgency of being mobilized.

“We need to get out and rediscover our mission,” said the General, addressing not only the congregation at IHQ but also a worldwide audience that was following the event online through a live stream. He emphasized the importance of The Salvation Army’s twofold mission to proclaim the gospel of Jesus Christ and meet human needs in his name without discrimination. “Where the Army is growing,” he said, talking about what he witnesses during his international travels, “is in the places where we remember the twofold mission.”

The General spoke about The Salvation Army’s potential that is yet to be fulfilled. “The Army is in 128 countries,” he said, but – importantly – “in so many grass-roots communities. Jesus turned the world upside down with 12 people. We have 1.2 million soldiers! It’s incredible to think what we can achieve, powered by the Holy Spirit.”

Describing his vision of a Salvation Army that is a force for “good, change and positive transformation,” he laid down the challenge to Salvation Army centers around the world: “God has placed us in a community … We can’t wait for people to come to us, we need to get out and reach them.”

This emphasis on reaching out was a key part of the launch activities. IHQ staff distributed hot chocolate throughout the morning and spoke to some of the many people who passed by. A brass band made up from IHQ staff members played outside before and after the meeting, causing many people to stop and listen.

The launch meeting concluded in a lively fashion, with the General and Commissioner Silvia Cox, world president of women’s ministries, dancing with African officers from IHQ to the song “We Are Marching”, led by the IHQ worship group. Still dancing, they led the whole congregation out onto the streets where the tune was taken up by the IHQ staff band.

A passing group of young people from Belgium was excited by what they saw, and some of them even joined IHQ staff in the cafe for refreshments, gaining a new and clearer understanding of The Salvation Army and its international mission.

Birmingham Command to Administer Project SHARE for the State of Alabama 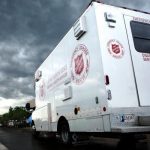 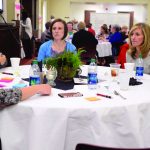