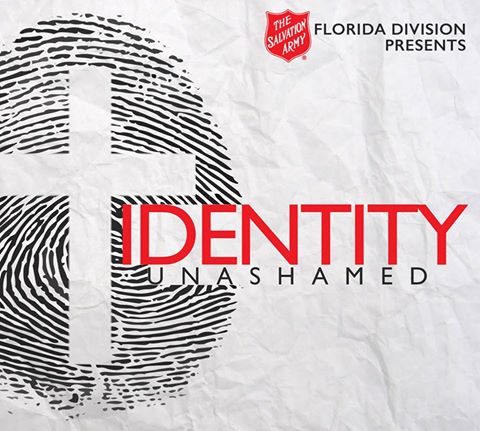 The Salvation Army Florida Division recently released its second spoken word/hip-hop project titled “Identity Unashamed” at the EQUIP Territorial Youth Worker’s Conference on May 1. The album was created in collaboration with young Salvationist artists from corps throughout the division and incorporates a variety of musical styles including R&B, reggae, hip-hop and traditional brass band and features powerful, real-life stories written and performed by young Salvationists.

The project started out in 2014, under the leadership of Captain Marion Platt, then-divisional youth secretary. Leaders were looking for a way to give the Florida youth a platform for artistic expression. During that year’s youth councils and young adult retreat, Platt gave the Music and Arts Department the green light to start a new ministry called “Unplugged/Illuminate” – a small venue that would give Salvationists the opportunity to present the gospel in spoken word format, rap, poetry, dance, painting, or photography in an intimate worship setting.

When they invited young adults to participate, they discovered that they had many more talented artists than they realized.

“It brought about the question, what do we do with these talented artists, and how do we make our young Salvationists get their hands dirty with the mission of The Salvation Army,” said Adely Charles, assistant divisional music director.

In 2015, they decided to produce their first album, “Live Right,” inviting artists to submit recordings. “Not only did the participants express their personal Christian walk through non-traditional art mediums, they also helped raise funds that supported the Salvation Army’s work in East Africa,” Charles said. We were just finding innovative, out-of-the box ways to share the gospel through music and the arts.”

The department decided to produce a second album, building on the success and popularity of the first, last year, theming it on Romans 1:16, which encourages followers to be unashamed.

“We noticed how some of our young people were afraid to stand for who they are in Christ in their personal surroundings. They were scared of being judged, of being different from their peers.” Charles hopes this album will encourage them to be confident and speak up.

Salvationist and spoken word artist Guerdie Joseph said the project introduced her to another side of The Salvation Army.

“I opened up my thoughts and emotions in hopes of connecting and sharing my story with others not only in the Army but everywhere,” she said. “I hope to one day do this again with an even greater amount of participation because I know that my fellow young Salvationists are more than capable of doing it.”

Charles said that music and creative arts are a tool and discipleship is the goal.

“The past two projects have had this goal in mind: the mentoring and discipleship of young Salvationists for the glory of God,” he said. “We look in anticipation to the future – our youths are mobilizing.” 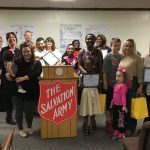 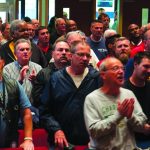