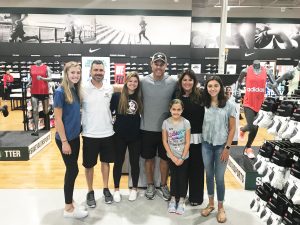 Over the course of 11 seasons, Mike Alstott was recognized as one of the best players at his position in the National Football League, earning all kinds of individual honors and helping the Tampa Bay Buccaneers bring a Super Bowl championship to the community.

For many, that would be a lasting legacy on its own, but in retirement, Alstott continues to make a positive impact. One outlet for the former football star is a decade-long relationship with The Salvation Army in St. Petersburg, Florida.

The Mike Alstott Family Foundation’s stated goal is to allow the Alstott family to assist others in uplifting the minds, hearts and spirits of families and children on their way to realizing their full potential. With that as the backdrop, Alstott and his family have sponsored children from The Salvation Army’s Sallie House and Children’s Village with back-to-school shopping for more than 10 years. Each year, a local sporting goods store opens its doors early to let this take place; in 2018, Dick’s Sporting Goods was that entity.

Prior to purchasing shoes, backpacks and other items for the children, Alstott spoke to the youngsters, sharing with them an upbeat message focusing on education. Given his credibility with the youths, he had quite an impact.

Alstott’s wife, Nicole, and his two daughters are also heavily involved in the process. In past years, Alstott’s son, now playing football at the college level, has participated. Given the number of children, approximately 48 on an annual basis, it’s a significant financial commitment for the Alstott family; but it’s a clear outlet to inspire today’s youth as well as provide direct assistance.

“Many of the kids we serve at Sallie House and Children’s Village have only had hand-me-downs or leftovers,” said Lt. Colonel Gary W. Haupt, St. Petersburg area commander. “Being able to go shopping and pick out exactly what they want – just the right color, just the right size, something just for them – is a special experience.

“Thanks to the Mike Alstott Family Foundation, our kids start the first day of school not focused on what they are wearing or what they are carrying on the back, but on making new friends, finding their seat in the classroom and getting down to work.” 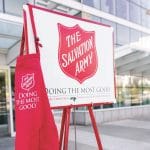 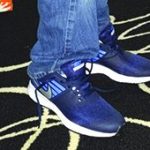