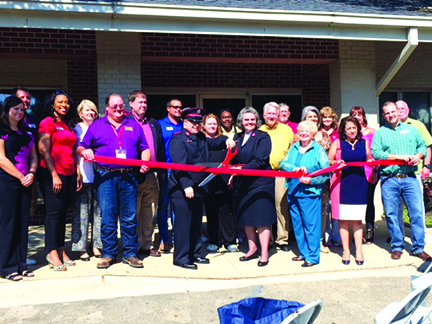 Formerly known as the Bread of Life Soup Kitchen, Lieutenants Charles and Teri Smith proudly rededicated the newly-named Murphy Red Shield Diner in honor of its past 30 years of service offered to the counties of Union, Calhoun and Ouachita.

Lieutenant Smith opened the ceremony with a reading of Scripture from Proverbs 24:3-4: Through wisdom a house is built, and by understanding it is established; by knowledge the rooms are filled with all precious and pleasant riches. “That can be said of this dining facility and also of our canteen,” Lieutenant Smith said. “It’s been a blessing to serve this community.”

The renaming of the soup kitchen reflects The Salvation Army’s mission as well as honoring the long-time support of the Murphy family, according to a Salvation Army press release.

Wanda Ragsdale, a lifetime advisory board member and former board chair, provided a brief history of the soup kitchen. In 1986, eight local churches came together in an effort to help the needy of El Dorado and offered their support to create the Bread of Life Soup Kitchen. “The power was there because God was blessing us,” she said. “And if God is for you, then who can be against you?”  Ragsdale added that on the first day, 25 adults and six children were served.  On Wednesday before the rededication, 267 individuals were served.

During its 30 years of serving meals to hungry people in El Dorado, The Salvation Army has provided hope to thousands of men, women and children. In 2015, the Army served 124,559 meals and provided 6,935 nights of lodging. The meals and lodging are just a part of the services provided to over 18,400 individuals in 2015.

The Salvation Army thanks the Murphy family and the Murphy Foundation, Murphy Oil and Murphy USA for their contributions and generous support of the mission and work in El Dorado. 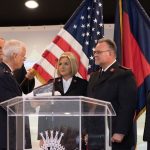 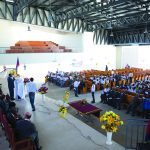