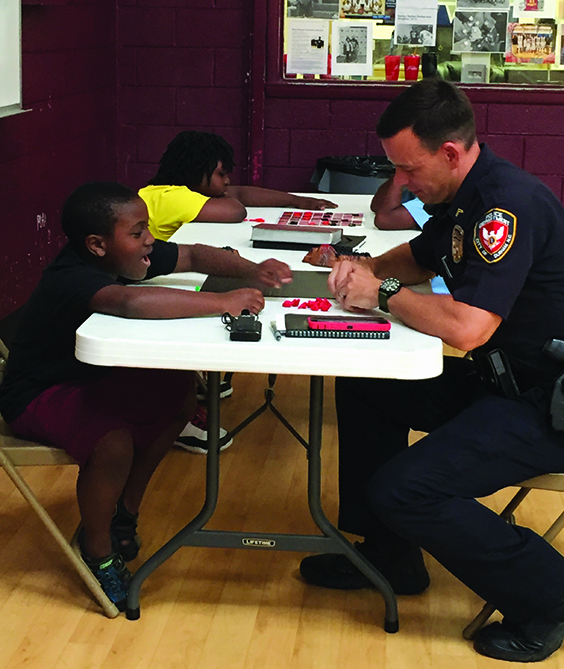 In light of the recent attacks all across the country, the Durham, North Carolina, Boys & Girls Club is busy trying to improve the relationship their members have with local law enforcement. With the help of the Durham Police Department, the club established “Heal the Gap,” an initiative to build and strengthen links between police officers and the local community.

Three days each week, policemen and women from District 1 stop by the Boys & Girls Club to visit with members, playing basketball, checkers and just hanging out.

Some of the club members have never had positive experiences with police; they only see them on the news, or hear about negative experiences from their friends and families. Captain Demetrius Mock of the Durham Police Department was enthusiastic about the program, but he said his officers realized from the outset that they would need to break though the kids’ fears and suspicions.

“The first time we went, the kids seemed apprehensive,” he said. “After a week or so, we pulled the kids to the side and asked what their thoughts were when they first saw us. They said they were afraid. (One child) said he didn’t like officers; he thought they only do mean things to people. But they don’t feel like that anymore.”

When the children realized that the cops were only there to spend time with them, it wasn’t long before they had formed basketball teams, battled it out on the checkerboards and began sharing stories with one another.

One policeman was moved to tears when a child asked him about recent gun violence in his neighborhood. He shared his surprise and sadness that someone so young would be exposed to such violence.

Conversations like that one allow the officers to see the needs in the community and better know those they spend their days protecting. The partnership extended beyond the walls of the club as club and corps members gathered at the community center for a conversation with the Durham Police Department. There, members of the community were able to share concerns about crime, violence and police; the policemen and women that joined were able to share some efforts that Durham P.D. is making to continue to bridge the gap.

For Captain Mock, including children in the conversations and meeting with them on a personal level can only benefit the community. “We are building a rapport that will hopefully last throughout their lives, so as they become adults, they can have a better idea of who officers are and see them as human as well.”

South Greets Messengers of the Gospel 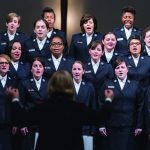 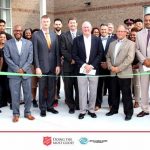