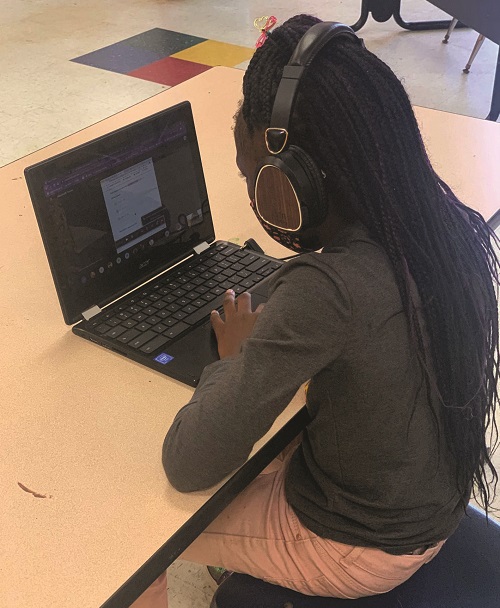 As young people settled into their virtual studies this fall at The Salvation Army Boys & Girls Clubs of Greater Atlanta, Georgia, a realization dawned on the adults: What’s all that noise? Not the children – the computers. Specifically, the speakers.

Then, a gift from above: With so few people traveling because of the coronavirus, Delta Air Lines had disposable headsets, the kind airline passengers are given to watch in-flight movies, languishing in an Atlanta warehouse. Could the Boys & Girls Clubs use some of them?

Emphatically, yes! The clubs took delivery of nearly 120 headsets worth upwards of $1,500 total. “We’re using them in all three of our clubs so kids can do virtual learning with as much privacy as possible,” Dickerson said.

That gift, sizable as it was, represented only a small fraction of the supplies the Atlanta-based Delta has stockpiled in Georgia, California, Missouri and New Jersey. Working with Eric Rader, marketing coordinator for the Southern Territory Adult Rehabilitation Centers, the air carrier has offered what it’s not able to use to The Salvation Army’s four U.S. territories.

“We’re going through about 3,000 pallets of donations,” Rader said. “Delta has been pretty amazing. … The airline has warehouses filled with these materials. They’ve formed a team with the goal of keeping this stuff out of landfills by finding worthy causes to donate to.”

Delta estimates the total value of its giving at roughly $14 million, Rader said. So far, most of it has gone to The Salvation Army. It’s the airline’s biggest gift since the summer of 2018, when it replaced its old uniforms with new ones and donated more than 1 million items of clothing to the Army.

Besides headsets, Delta in recent weeks has delivered tens of thousands of food-related goods: glassware, cutlery, ceramic dishes and bowls, serving utensils, cups, plasticware and other items, all meticulously inventoried down to the very last napkin ring, teapot and ice bucket. And miscellaneous comfort items, too, like blankets and slippers.

The airline also provided thousands of “amenity kits” that otherwise would have gone to international first-class passengers. Each kit is a durable travel bag containing a toothbrush, toothpaste, mouthwash, hand sanitizer, a pair of socks and eye shades. “We’re using them in our centers as a nice welcome gift, essentially a toiletry kit, to new intakes,” Rader said.

Salvation Army Emergency Disaster Services received the kits as well. They’ll be distributed to hurricane, tornado, flood and other disaster survivors throughout the territory.

With so much generosity pouring in, Salvation Army leaders feared a bottleneck: Did we have enough drivers, warehouse workers and volunteers to pick up the goods, sort and re-package them, and ship them to destinations around the territory? And what of the cost? Delta answered these concerns as well: It’s using its own logistics network to deliver the items, at no charge, all over the country.

Rader estimates The Salvation Army can put to immediate use about 70 percent of the gift; the New Orleans Command, for example, is using Delta glassware, ceramics and serving pieces to re-stock its kitchens. The remaining 30 percent will go to the Family Stores.

“The quality of the items that end up in our stores, hopefully, will generate a lot of repeat customers,” Rader said. “People will say, wow, The Salvation Army gets this kind of stuff?”

Yet the most satisfying thing about Delta’s gift is the joy it gives to the recipients.

“It’s definitely a blessing,” the Boys & Girls Clubs’ Dickerson said. “In these times of pandemic, we’re looking for as many ways to give our children the services they need, but in a way that’s affordable. Now, a parent doesn’t have to worry about buying their kids headphones so they can do virtual learning. I can’t stress enough, each little bit helps.” 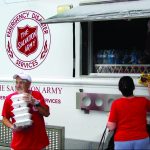 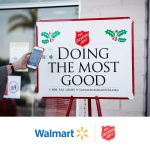