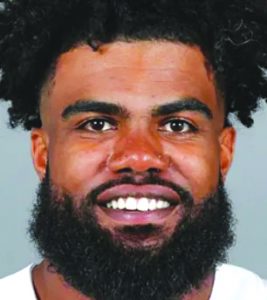 A contract holdout by a standout NFL running back that prompted an offhand joking comment from the Dallas Cowboys’ owner is resulting in a very handsome $150,000 donation to The Salvation Army, the Dallas Morning News reported.

This past summer, when Cowboys running back Ezekiel Elliott was in a contract holdout and Jerry Jones, the team owner was asked about it, Jones jokingly responded by asking, “Zeke who?” Jones’ comment was made in a light-hearted way, and when Elliott and the Cowboys reached agreement on a new contract, the team made T-shirts imprinted with “Zeke who?” and sold them to Cowboys fans.

Jones’ reply to the question about the running back’s holdout had been made in fun, and the fans bought into the exchange. The T-shirts are sold on the Cowboys website at $29.99 apiece, and proceeds from sales of the shirts are being donated on Elliott’s behalf to The Salvation Army, which Jones and the Cowboys have supported for many years. When Elliott ended his holdout and signed with the Cowboys earlier this year, he announced that he would donate $100,000 to The Salvation Army.

An on-field celebration by Elliott three years ago first linked him to The Salvation Army. After scoring a touchdown against the Tampa Bay Buccaneers in December 2016, Elliott leaped into one of the oversize Red Kettles at the edge of the AT&T Stadium playing field. The playful leap was rebroadcast often over the ensuing days, and the Army reported that its Red Kettle donations took a corresponding leap. Last season, Elliott dropped a $21 donation into the Red Kettle after scoring a touchdown against the Washington Redskins on Thanksgiving Day (Elliott’s jersey number is 21).

The Cowboys’ relationship with The Salvation Army dates to the late 1990s when the team dedicated a portion of its halftime show to the Army during the team’s annual nationally televised game on Thanksgiving Day. The Cowboys arranged for a nationally known performer to provide halftime entertainment that served to kick off the annual Red Kettle Christmas donation campaign. This year’s halftime show featuring Ellie Goulding marked the 23rd year the Cowboys have partnered with The Salvation Army for the Red Kettle Kickoff. 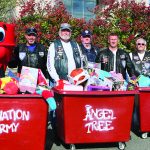 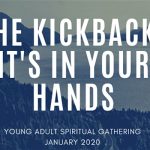