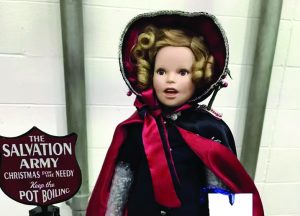 A fun event that raises thousands of dollars for The Salvation Army in Cumberland, Maryland, every spring began more than three decades ago when some individuals took donated dolls, cleaned them, made clothes for them and, at Christmas, gave them to needy children.

That was the beginning of The Salvation Army Women’s Auxiliary Annual Doll Show and Luncheon, the auxiliary’s biggest fundraiser of the year.

The 35th edition, “Dolls for All Seasons,” was held May 10 in the gymnasium of the Cumberland Corps. It drew 200 enthusiasts from as far away as Washington, D.C., and raised a net $7,500 to support an after-school program, summer day camp and other projects.

The show always takes place the Friday before Mother’s Day. Doors open at 10 a.m., with dolls on display for viewing and judging in various categories.

A luncheon and entertainment follows, and then, the big event of the day: the live auction featuring rare, vintage and otherwise highly prized collectibles. This year, 30 dolls, sets of dolls and accessories were put out for bid. 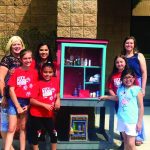